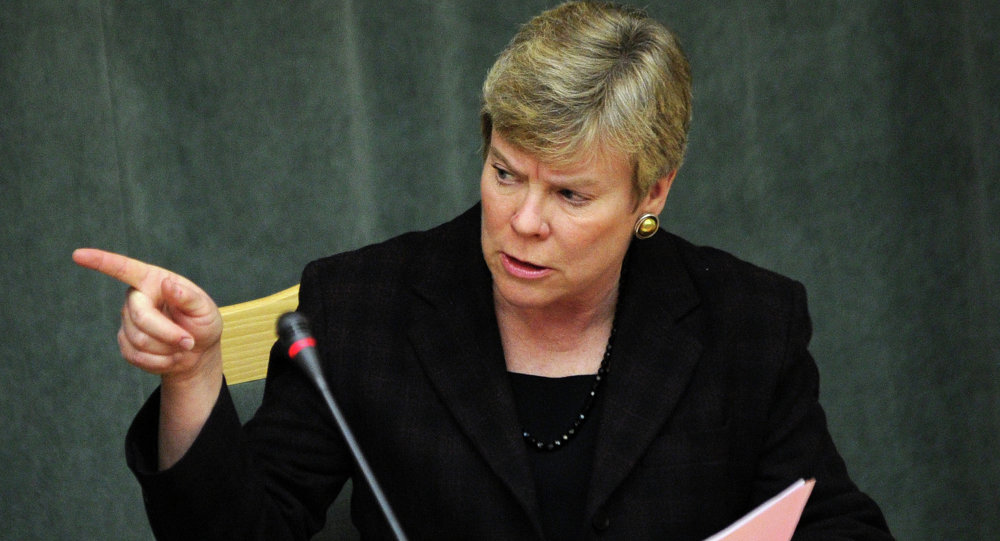 What is Behind Gottemoeller's Nomination as NATO Official

A group of US Republican Senators along with their House counterparts has expressed their protest over the nomination of US Under Secretary for Arms Control Rose Gottemoeller as NATO deputy secretary general, dubbing her a "Russia apologist."

"Our main concern with Secretary Gottemoeller's appointment is an apparent unwillingness to keep the North Atlantic Council and individual member states apprised of key updates on Russian arms control violations associated with the Intermediate-range Nuclear Forces Treaty, her frequent public 'misstatements' on this topic, and her reputation as a 'Russia apologist'," the letter said as quoted by the media outlet.

© Flickr / United States Mission Geneva
US, Russia Need More Talks on Reginal Security - Gottemoeller
The senators claimed that Gottemoeller did not inform NATO about Russia's Intermediate-Range Nuclear Forces (INF) Treaty violations which allegedly occurred prior to December 2010, when the Senate started debates on ratifying the New START arms treaty inked by the US and the Russian Federation on April 8, 2010 in Prague.

Furthermore, the senators accused Gottemoeller of acting as "more of an apologist" toward Russia. Citing the mythical "Russian threat," they insisted that "now is not the time to be sending a Russian 'apologist,' perceived or otherwise, to be NATO deputy secretary general."

It is worth mentioning that back in March 2016, about 13 House Republicans also urged Kerry to abolish Goettemoeller's nomination.

Josh Rogin of Bloomberg noted in his March article that US hawks regard Barack Obama's "NATO pick" as a shift to a more "soft" stance toward Russia.

"That shift would play into the fears of US allies. Europe already is questioning the US commitment to confronting Russia on major issues," Rogin noted, adding that Goettemoeller's predecessor at NATO, Alexander Vershbow, is known for his tough attitude to Moscow.

© Sputnik / Aleksey Nikolskyi
Behind the US Desire to Restart the Cold War
One can hardly call the US Under Secretary for Arms Control a "Russia apologist," however, given Gottemoeller's pragmatism in regard to the US foreign policy it is unsurprising that proponents of a muscular approach toward Russia are dissatisfied with her appointment.

Back in December 2015 Gottemoeller told Sputnik that Washington and Moscow needed to continue their dialogue on the resolution of regional security issues and improve mutual strategic predictability. 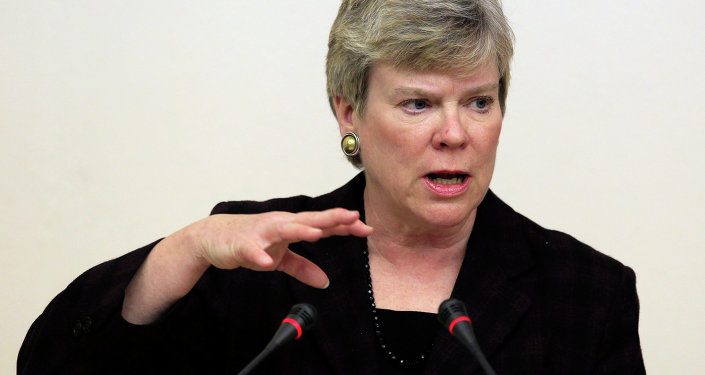 © AP Photo / Sergey Ponomarev
Next US President Must Enhance 'Mutual Predictability' With Russia - Gottemoeller
Much in the same vein the US State Department official commented on the prospects of Russo-American relations in May 2016 during a nuclear security conference at the Center for Strategic International Studies.

Remarkably, it seems that the US State Department has turned a deaf ear to US hawks' vocal dissatisfaction.

"As we stated clearly back in March, we strongly support the candidacy of Under Secretary for Arms Control and International Security Rose Gottemoeller for the position of NATO deputy secretary general," State Department spokesman John Kirby said as quoted by the Washington Times.

Russia Counts on Substantive US Response to Moscow's Concerns With INF

US Sees Progress in Russia Recommitting to INF Treaty