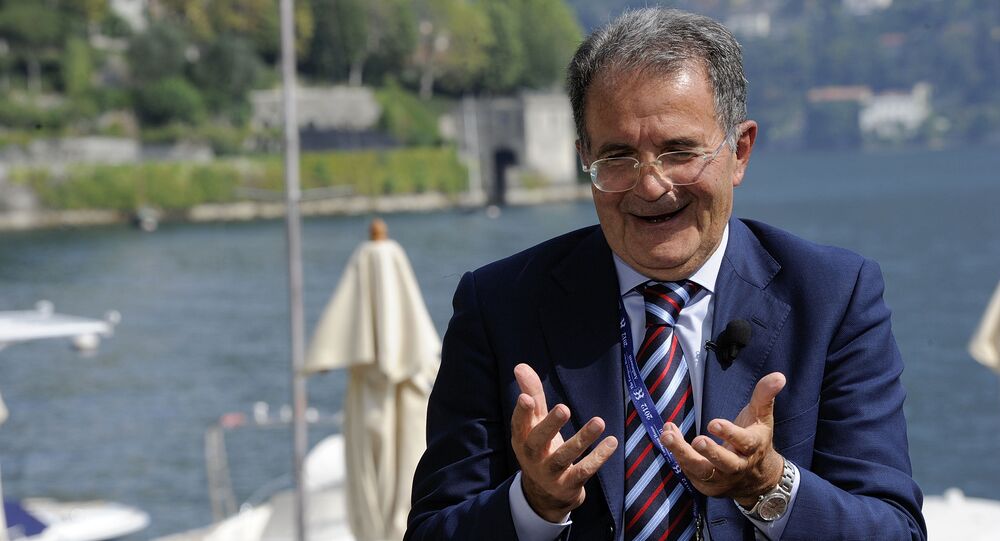 Brexit is to have no effect on the EU policy of sanctions toward Russia, ormer Prime Minister of Italy and former head of the European Commission Romano Prodi told Sputnik on Friday.

© Sputnik / Alexander Vilf
Sanctions 'Will not Weaken Russia', But Likely to Backfire on European Economy
ROME (Sputnik) — On Thursday, the United Kingdom held a referendum to determine whether or not the country should leave the European Union. According to the final results, 51.9 percent of voters, or 17.4 million people, decided to support Brexit, while about 16.1 million opposed it.

"Nothing will change in relation to sanctions, since Germany remains key in this issue… The British referendum will not change the current situation. I see no changes in the upcoming months. But I hear more and more dissatisfaction from many people, and I hope that it will help to change the policy, which is not shared by everyone," Prodi said.

He added that despite the overall tiredness with the sanctions, "no one has bravery to make a decision to stop this policy."

Europe has introduced several rounds of sanctions on Russia since 2014, as Brussels accused Moscow of fueling the Ukrainian crisis. The restrictions targeted Russia's banking, energy and defense sectors. Moscow has denied involvement in the Ukrainian conflict and retaliated with a food embargo.

EU Should Choose Diplomacy in Dealing With Anti-Russia Sanctions' Issue