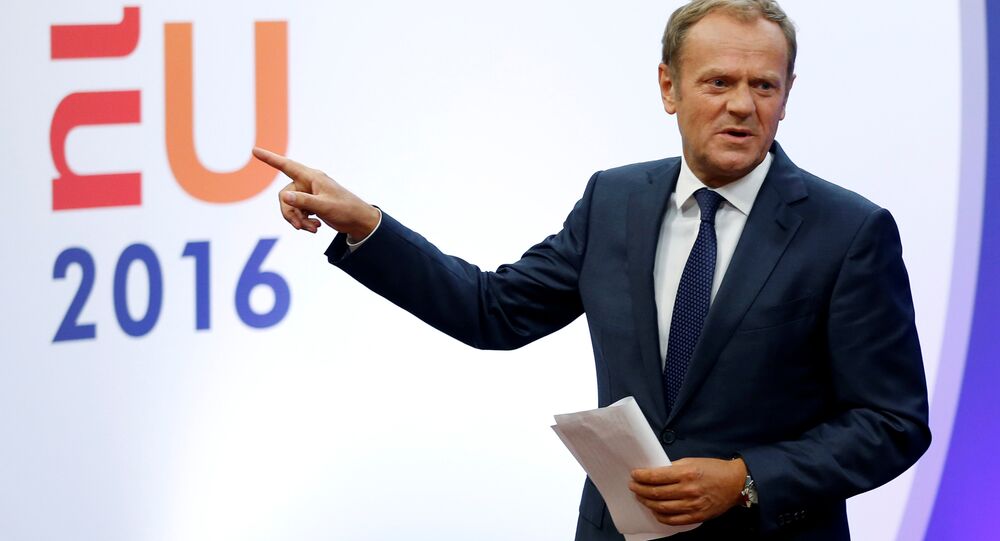 European Council President Donald Tusk said the bloc is prepared for the withdrawal of the United Kingdom.

BRUSSELS (Sputnik) — The European Union regrets the United Kingdom's decision to withdraw, but the necessary procedures are in place for this to happen, European Council President Donald Tusk said Friday.

"I want to reassure everyone that we are prepared also for this negative scenario," Tusk told reporters.

"All the procedures for the withdrawal of the UK from the EU are clear and set out in the treaties," he noted.

On Thursday, UK citizens voted on their country's fate in the European Union. On Friday, voting data indicated that Britain voted to leave the bloc.

"There's no hiding the fact that we wanted a different outcome of yesterday's referendum. I am fully aware of how serious or even dramatic this moment is politically and there's no way of predicting all the political consequences of this event, especially for the UK," Tusk said.

"I would also like to reassure you that there will be no legal vacuum. Until the United Kingdom formally leaves the European Union, EU law will continue to apply to and within the UK," he told reporters.

"Today, on behalf of the 27 leaders, I can say that we are determined to keep our unity as 27. For all of us, the union is the framework for our common future," he said.

"I have offered the leaders an informal meeting of the 27 in the margins of the European Council summit. I will also propose to the leaders that we start a wider reflection on the future of our union," he added.