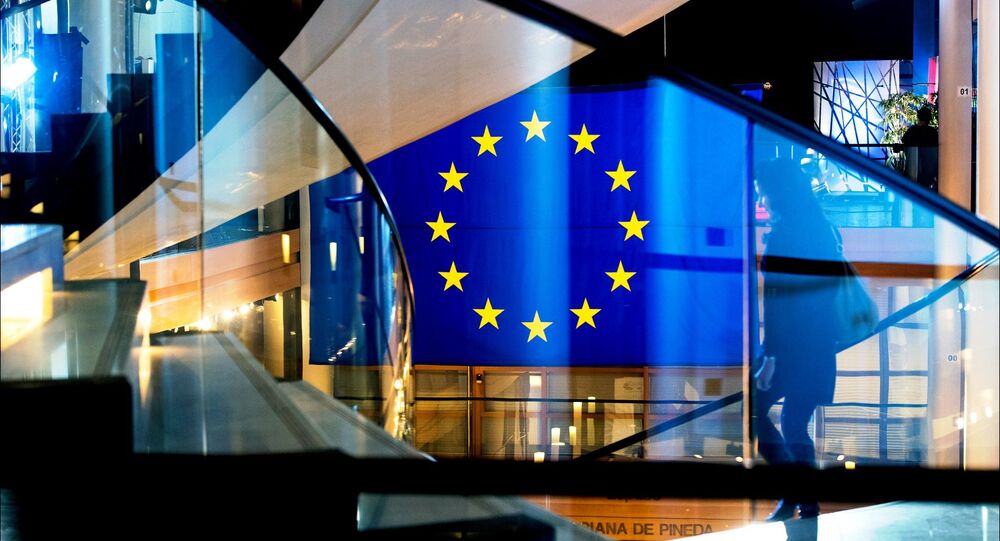 The European Union has agreed to prolong anti-Russian sanctions for another six months. The decision was made amid a growing number of those calling to remove or ease sanctions. Analysts say serious differences are mounting within the bloc.

© AP Photo / Virginia Mayo
EU Supports Anti-Russia Sanctions Relief if Minsk Deal Implemented
The decision to extend energy, financial and defense sanctions against Russia will come into force in late-June, after it is approved by the EU Council.

In 2014, the European Union imposed three sanctions package against Russia over the referendum in Crimea and the Ukrainian conflict. The economic sanctions will expire on July 31, and they have been prolonged. The sanctions against individuals are in place until September 15. The third package, sanctions against Crimea, has been recently extended until June 23, 2017.

Brussels extended sanctions against Moscow despite a growing number of sceptics. Diplomats from Greece, Hungary, Bulgaria, Slovakia, and Cyprus have repeatedly called to ease the sanctions.

© Sputnik / Irina Kalashnikova
EU Extends Anti-Russian Sanctions, But Ready to 'Gradually' Ease Them
In turn, French Foreign Minister Jean-Marc Ayrault said in an interview with the magazine Challenges that Europe should not automatically prolong sanctions and should start a discussion.

Meanwhile, many others are pushing for keeping sanctions in place. Among them are NATO Secretary General Jens Stoltenberg, the British Foreign Office, the Polish Foreign Ministry, and the Senate of the United States.

Contradictions within the EU over sanctions are even more visible at the regional level in some country members. Such German states as Bavaria, Saxony, and North Rhine-Westphalia and Italian regions like Veneto, Liguria, and Lombardy have called for a reset in EU-Russia relations.

"Lombardy is one the most economically developed regions in Italy and the entire EU. The regional authorities have an agreement with Russia’s Novosibirsk Region. A similar deal is in talks with the Bashkir Republic," Italian Ambassador to Russia Cesare Maria Ragaglini said in an interview with the Russian newspaper Kommersant.

© AFP 2020 / FREDERICK FLORIN
Anti-Russian Front Splits Over Sanctions Against Moscow
Moreover, the Russian-German Foreign Trade Chamber conducted a survey among 800 German companies. It revealed that over 80 percent of the companies considered the sanctions ineffective and 60 percent have been negatively affected by them. Trade turnover between Russia and Germany has dropped to €50 billion, from €80 billion in 2012.

"Sanctions are a political deadlock. We need dialogue. It would serve the interests of Germany and the entire EU, and especially it will be good for the Russian economy," head of the Chamber, Rainer Zele wrote in a statement on the official website.

At the same time, those opposing the sanctions are in the minority so far.

"The strength of the European Union is in the ability of its members to express solidarity," political analyst and associate professor at the St. Petersburg State University, Tatyana Romanova told RT.

"Europe will try to be united, especially in the face of such challenges as the migrant crisis and terrorist threat," she added.

"Saying that there is a division within the EU would be wrong. There is no division, but there is a discussion going on. And the reasons for this is clear," Dmitry Travin, a professor of economics at the European University in St. Petersburg, said.

He noted that on the one hand sanctions have not managed to force Russia to change its policy, including on Crimea. Thus, sanctions should be extended.

"On the other hand, Russia is stable, and people support the policy of the government. This proves that sanctions aren’t working and should be lifted," Travin pointed out.

'Europe Has Suffered the Most From Sanctions It Imposed on Russia'