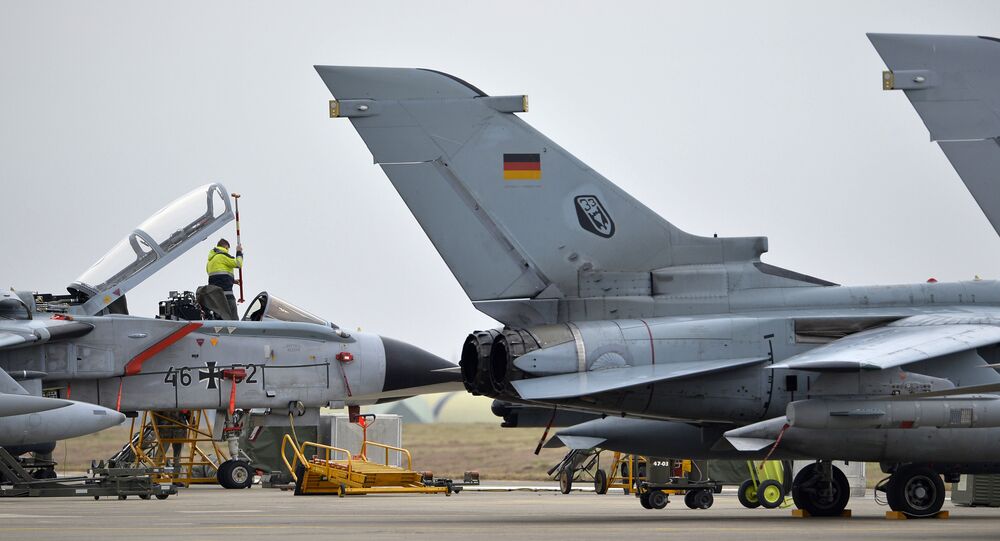 The Turkish authorities forbade a delegation of German lawmakers from visiting Incirlik air base in southern Turkey following the recognition of the Armenian genocide by Ottoman Empire in Germany, German media reported Wednesday.

© AFP 2021 / ODD ANDERSEN
Stab in the Back? German MPs of Turkish Origin Get Death Threats After Armenian Genocide Vote
MOSCOW (Sputnik) — In July, German politicians planned to visit Turkey and several Middle Eastern nations within the framework of a mission to visit facilities in the international coalition, fighting against Daesh, and to inspect the living conditions of German personnel deployed abroad.

The German Spiegel magazine reported that the fact-finding mission headed by Ralf Brauksiepe, parliamentary state secretary for the country's defense ministry, was prohibited from visiting Incirlik, in a signal that German officials were not welcome guests in Turkey.

The magazine added, citing a military source, that the move by Ankara followed the decision of the German parliament to recognize the 1915-1916 massacre of Armenians by the Ottoman Empire as genocide.