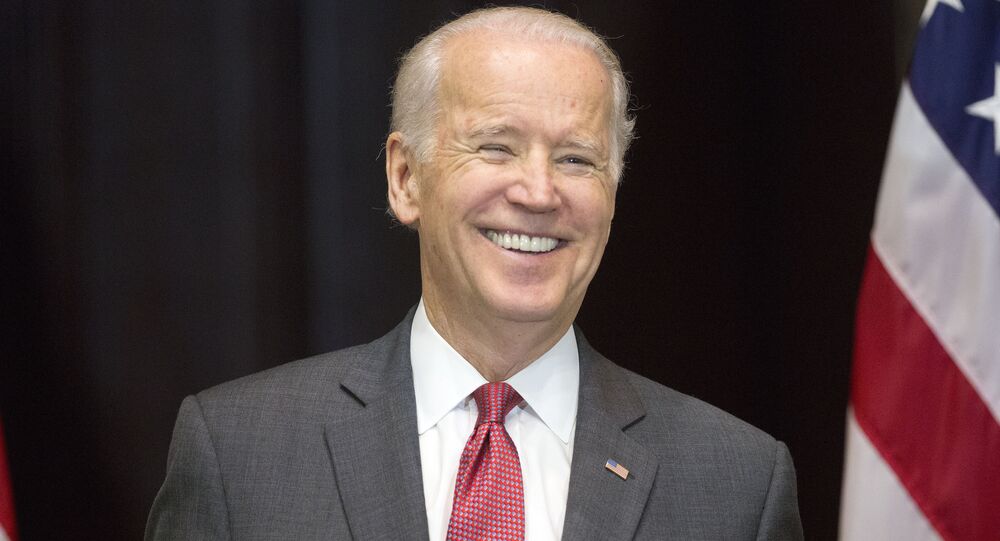 WASHINGTON (Sputnik) — When Rose corrected Biden saying "Assad out of power," Biden apologized and explained that his reference to Saddam was a Freudian slip.

"What we are talking about is we are going in, and we are, piece by piece, trying to decimate ISIS [Daesh] and in the process Al-Nusra, so that we eliminate the most immediate single threat to US interest," Biden said of US efforts in Syria. "At the same time, we’re continuing to work the international community to reach a negotiated settlement that gets Saddam out of power, have him leave."

© REUTERS / Rodi Said
Why US Diplomats Urge Obama to Fight Assad Instead of Daesh in Syria
The United States and most of its allies have been supporting the so-called moderate Syrian opposition, which is most often entangled with terrorist groups, and has been urging Assad to resign.

Russia recognizes Assad as the legitimate authority in Syria, and has repeatedly stated the Syrian people should be free to choose their leadership without outside intervention.

After the 2003 US interference toppled Iraqi leader Saddam Hussein, the country has been engulfed in ongoing violence. Large swathes of Iraq are currently controlled by Daesh.

Next Geneva Talks’ Agenda to Include Proposal on 5 Assad's Deputies