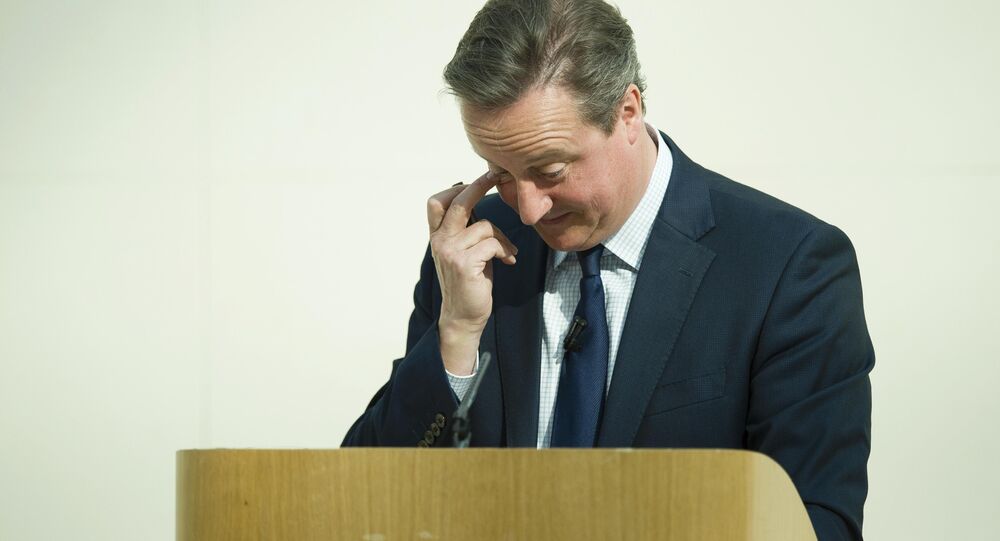 LONDON (Sputnik) — British Prime Minister David Cameron will likely be forced to announce his resignation after the referendum on Brexit, triggering snap elections by the end of the year, General Secretary of Labour Leave campaign Brendan Chilton told Sputnik.

"I think Cameron will have to step down. The way he personally conducted himself in this referendum, he has been scaremongering, made people just not listening. He has also lost so much support in the Conservative party that I think it will be impossible for him to stay," Chilton said.

© CC0 / Pixabay
Turkey of Discord: Brexit Backers to Change Mind if Cameron Axes Ankara's EU Dream
"We could be in a position that by the end of this year we have a general election, because the government can fall," Chilton said adding that this would be particularly necessary if the country votes to leave, thus showing distrust to the premier, he added.

Among the possible candidates for Cameron's post are Boris Johnson, former London mayor, and Secretary of State for Justice Michael Gove.