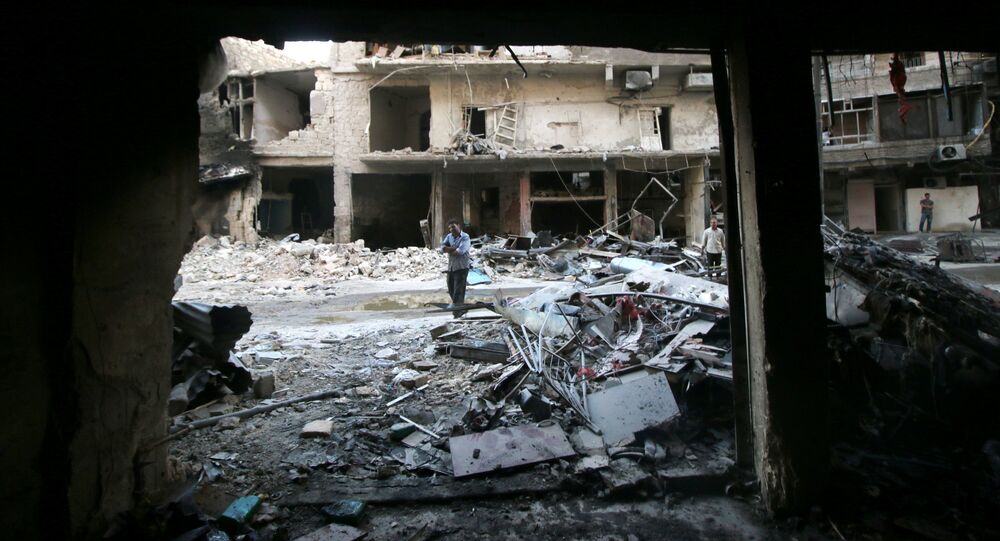 A military option to the ongoing conflict in Syria is not better than a political resolution of the crisis, US State Department spokesperson John Kirby told reporters on Monday.

WASHINGTON (Sputnik) — Kirby’s comments come amid the State Department’s preparation of a response to the recent internal employee memorandum calling for a military action against the government of Syrian President Bashar Assad.

"Nobody is happy with the status quo of events on the ground, and that is why…we are discussing other alternatives, other options that may be applied, mindful that the current approach is without question struggling," Kirby said. "As the president [Obama] said himself, none of those other options — be they military or not in nature — are better, in terms of long-term outcome, are going to be better than the political solution we are trying to pursue."

The spokesperson noted that US Secretary of State John Kerry believes the memo has a "well-written" argument, and expressed an interest in meeting with its authors.

Kirby added that a response to the memo is not yet fully prepared, but the policy planning staff will present it as required.

The internal memo signed by some 50 US diplomats, a draft of which was obtained by The New York Times from a State Department official on Thursday, calls for a judicious use of stand-off and air weapons against the Assad forces.

© Sputnik / Maxim Blinov
Russia Loses Patience Over Syria as Situation Deteriorates – General Staff
Syria has been mired in civil war since 2011, with a number of opposition factions and extremist Islamic groups fighting the Syrian Army in an attempt to topple the legitimate government of President Assad.

On February 27, a US-Russia brokered ceasefire came into force in Syria. Terrorist groups such as Daesh and al-Nusra Front, both outlawed in Russia and a range of other states, are not part of the deal.

Russia recognizes Assad as the legitimate authority in Syria, and has repeatedly stated the Syrian people should be free to choose their leadership without outside intervention. The United States and some of its allies have been supporting elements of the opposition, which is often tied to Islamic extremists, and have urged Assad to resign.