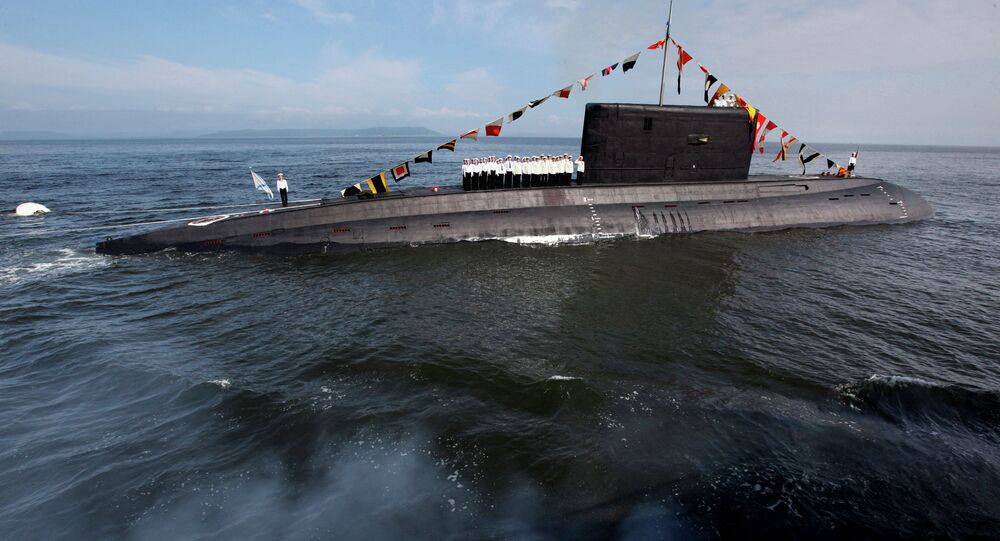 In October 2014 and January 2015, global media debated the appearance of alleged Russian submarines in Swedish waters. Later, however, the Swedish Minister of Defense confessed during a Swedish radio broadcast the submarines belonged to Sweden and Germany.

© Sputnik / Vitaliy Ankov
Reports of Collision of Russian, Polish Submarines False - Polish Defense Ministry
In an interview with Sputnik, German screenwriter and film director Dirk Pohlmann commented on the issue and slammed German journalists for their unwillingness to investigate the incident.

Pohlmann analyzed a major incident involving alleged Soviet submarines near Swedish borders which took place the 1980s. His analysis was presented in the documentary "Deception — the method of Reagan". However, as the film's director argued, the part of his documentary in which Pohlmann proved that submarines near the Swedish Gotland were not Soviet, but British and German, was censored by German TV Channel ZDF.

According to Pohlmann, history is being repeated and submarines again serve as a means of creating myths about the alleged eastern threat.

"Over the past two years, submarines started to appear again, this time allegedly sent by the evil Putin. The emergence of these submarines might now result in a situation in which Sweden, which has just taken part in the "Anaconda" maneuvers, will become a NATO member. Sweden, Finland, Ukraine and Georgia — all this is an unfriendly act towards Russia justified by its alleged aggression. A fake incident with submarines is just supposed to serve as confirmation of its aggressiveness," Pohlmann stated.

In autumn 2014, Sweden launched a massive eight-day witch hunt for a foreign submarine, which was suspected to be Russian. The chase in the Stockholm archipelago ended in a bitter fiasco, sparking a hot debate on whether the largest Nordic nation, with almost 10 million citizens, should abandon its non-alignment policy and join NATO on account of the fact that it is unable to defend itself properly.

"In October 2014 the Swedish Navy declared that it discovered — with 100 percent probability — a foreign submarine. The news caused uproar all across the world. Then in January 2015 the submarine appears again, this time the announcement was made by the Swedish military," Pohlmann recalled the events.

In fact, in October 2014 the discovered submarine was Swedish, Pohlmann added. A Swedish general confirmed this to Sveriges Radio. It was a new type of submarine. The government discussed increasing defense spending under pretext of this submarine hysteria.

"With the assistance of former Swedish servicemen — some admirals in reserve who argued that this was undoubtedly a Russian submarine — the news which until that moment was objective was — by means of false reasoning that seemed logical — transformed by journalists into the news about Russian submarines. And this was the news that set the mood," Pohlmann stated.

© Photo : Press service of the Ministry of Defence of the Russian Federation
Russian Submarine Returns From Mediterranean After Syria Operation
Later it turned out that that incident was apparently a false alarm, and a source of potential embarrassment for the country's military.

According to Sveriges Radio, in September 2015, the Swedish military announced that the chief evidence of the intrusion — a noise detected by early warning systems — was no longer valid as analysis indicated that it was emanated by a "Swedish source" and not some foreign submersible. Moreover, it became known that the second submarine with 95 percent probability belonged to Germany.

"This is something that you can again call a failure of the journalistic system. There actually had to be big reports taking into account these messages, which show Russia's alleged aggressiveness and which we receive every hour in our media, especially when it turned out that it was fake again like in the 1980's," Pohlmann said.

"Looking at the situation realistically, we must recognize that we are dealing with a wave of propaganda. Indeed, if I don't make any effort to investigate and critically question the issue and not even publish the facts I am aware of and maintain a false picture, although I know the real one…this is a serious issue…. Right here in Germany they had to ask: 'Wait a minute, are these really our submarines? Are we involved here in some way'?" Pohlmann explained.

According to Pohlmann, journalists should have askes insistent questions and clarified whether it really was a German submarine and whether Germany was actually involved in the incident.