Moscow has been "perfectly calm and reasonable" in its response to NATO's increasing saber-rattling close to Russia's borders and the bloc's "flamboyant comments," Russian Foreign Ministry spokeswoman Maria Zakharova told Sputnik on the sidelines of the 2016 St. Petersburg International Economic Forum (SPIEF).

Russia "has tried to be consistent [in its reaction to NATO's posture] and present facts when it comes to NATO's expansion and Russophobic remarks with regard to Russia's imaginary threat."

Senior NATO officials and military commanders have often cited Russia's supposedly aggressive behavior as a challenge to bloc's members. In the meantime, the alliance has beefed up its war-fighting capabilities and is now focused on increasing its military presence in Central and Eastern Europe, as well as the Baltics. 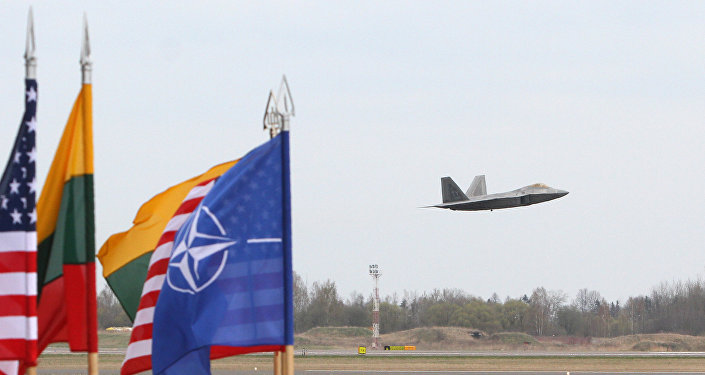 © AFP 2019 / Petras Malukas
Say What? NATO Could Use Conventional Weapons to Respond to Cyberattacks
Moscow has repeatedly pointed out that it does not pose a threat to its neighbors or any other country, adding that NATO's activities risk undermining European stability and security.

Maria Zakharova did not leave US State Secretary John Kerry's recent remarks on Syrian President Bashar al-Assad without a comment.

"Russia needs to understand that our patience is not infinite, in fact it is very limited with whether or not Assad is going to be held accountable," America's top diplomat said on Wednesday. State Department Spokesman John Kirby later clarified that this "wasn't a hollow threat. It wasn't even a threat."

Washington "has walked back and, let's say, adjusted its approach, saying that [Kerry's remarks] were not a threat; everything was balanced out. It is hard time for them at the moment," Zakharova noted. "Emotions run high ahead of elections."

As the Obama administration is getting ready to leave the White House, the team is less focused on "setting certain processes in motion to resolve them and more intent on casting a positive light on its activities," the spokeswoman explained. 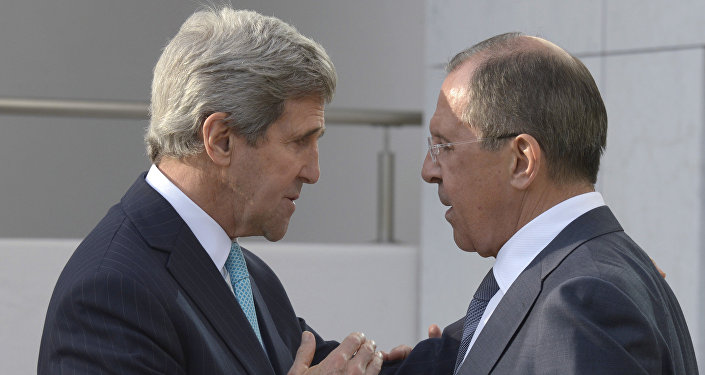 © Sputnik / Eduard Pesov
Lavrov on Kerry's Statements: Russia Gave No Promises to Anyone on Syria
This approach apparently complicates the fragile process of finding a viable and lasting resolution to more than five years of violence in Syria that has claimed more than 250,000 lives and displaced over 11 million people in the embattled Arab country.

"Conflict management should not be affected by an election season; it should not be linked to the departure of an administration and it should not be done keeping a chapter of a [future] textbook in mind. Conflict resolution should be treated in a professional manner," she emphasized.

Zakharova confirmed that Syria will be on the agenda at the ongoing SPIEF.

"There is a lot to discuss; there are many questions since there are certain challenges to pushing the political process forward. The resolution of the Syrian conflict and relations between Russia and the US will certainly be addressed," she said.