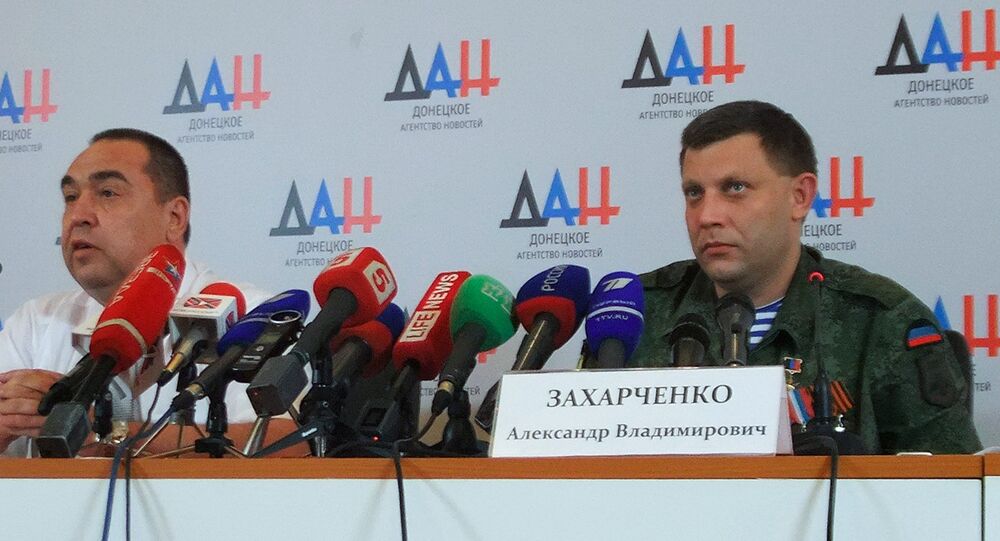 Leader of Donetsk Republic Calls for Direct Dialogue With Poroshenko

Alexander Zakharchenko, the head of the Donetsk People's Republic, emphasized the importance of holding direct talks between the Donbass leaders and the Kiev government.

MOSCOW (Sputnik) — The self-proclaimed republics of Donetsk and Lugansk are ready for a meeting with Ukrainian President Petro Poroshenko and regret that this part of the Minsk peace agreements remains unfulfilled, Donetsk People's Republic head Alexander Zakharchenko told Sputnik on Thursday.

"It is very unfortunate that the main part of the Minsk agreements is being breached, we have no direct contact with the Ukrainian government. And there is no meeting," Zakharchenko said.

"The main postulate [of the Minsk deals]…it is written in plain text: in order to normalize the situation and settle relations, a direct meeting needs to be held between the leaders of the self-proclaimed Donetsk and Lugansk People's Republics and the Ukrainian leadership," he added.