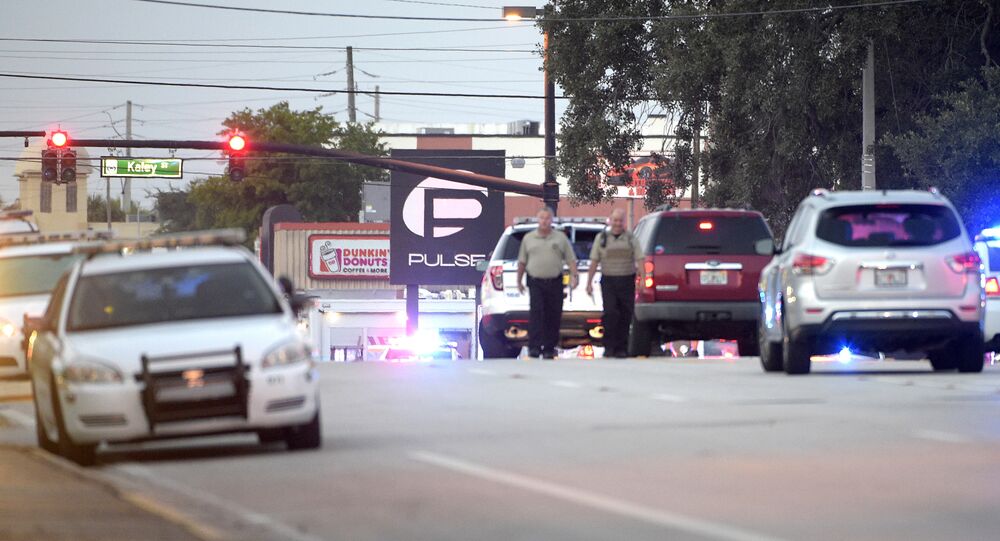 UN Secretary General Ban Ki-moon on Sunday condemned the deadly shooting at a Florida nightclub and expressed his solidarity with the US government and people.

UNITED NATIONS (Sputnik) — The Orlando massacre has become the deadliest mass shooting in the history of the United States, surpassing the death toll from the 2007 incident at Virginia Tech, which claimed 32 lives.

"The Secretary-General condemns the horrific attack this morning in Orlando, Florida, in which dozens of people were killed and injured," the UN said in a statement published on its website on Sunday.

The mass shooting occurred at Pulse gay nightclub in Orlando. The city's Mayor Buddy Dyer confirmed that at least 50 people were killed and 53 more were injured in the shooting.

"He extends his deepest condolences to the families of the victims and expresses his solidarity with the Government and people of the United States," the UN statement on Sunday concluded.