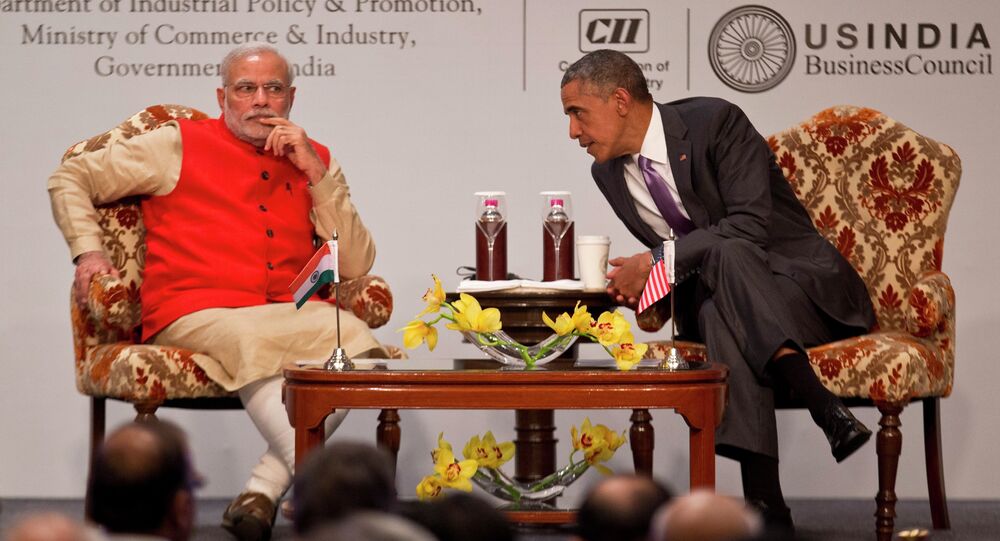 Pakistan is concerned about the growing strategic ties between the United States and India, local media reported Thursday citing a senior Pakistani official.

MOSCOW (Sputnik) — On Tuesday, US President Barack Obama and Indian Prime Minister Narendra Modi announced a new era of nuclear and high-tech cooperation between their two nations, including growing military ties and a partnership on climate change during Modi’s three-day visit to the United States. Besides, Obama backed India's bid to join the Nuclear Suppliers Group (NSG).

According to Sartaj Aziz, the adviser to Pakistan's prime minister on foreign affairs, Washington approaches Islamabad whenever it needs it and leaves Pakistan when it does not need it anymore.

"Pakistan will convey its concerns to US over the latest issues in the bilateral ties," Aziz said as quoted by the local Dawn newspaper.

Earlier in the day, Pakistani Ambassador to the United States Jalil Abbas Jilani sent a letter to the US Senate Committee on Foreign Relations with an appeal to support Islamabad's bid for NSG membership. Pakistan applied to join the NSG on May 20, claiming it could meet the nuclear proliferation-reducing body's standards.