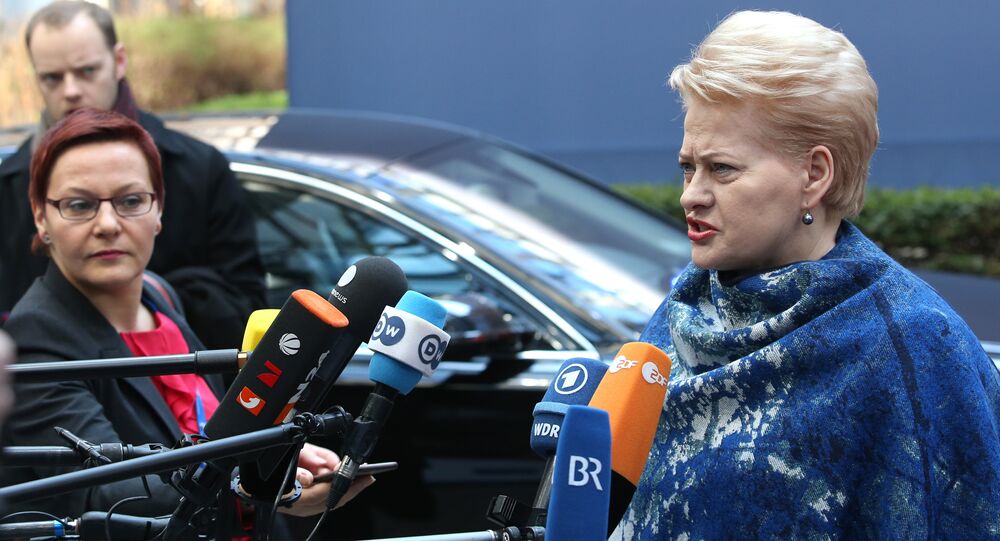 Lithuania should continue boosting its positions in the European Union and NATO, the country's president, Dalia Grybauskaite, said Thursday.

MOSCOW (Sputnik) — She added that Lithuania has to stay vigilant in the light of the ongoing conflicts in Syria and Ukraine and be able to adapt its national interests to the changing situation.

"Populist voices that spread disappointment in Euro-Atlantic integration and raise doubts about our common European future… are no less dangerous that the fighter planes of an unfriendly country in our skies. It is now more important than ever to maintain the direction of anchoring ourselves in the European Union and NATO," Grybauskaite said during the annual State of the Nation Address.

© Flickr / U.S. Naval Forces
Baltops 2016: NATO Responds to 'Russia's Ability to Defend Itself'
On May 29, the Latvian National Armed Forces said they had registered four aircraft of Russia's Aerospace Forces in the airspace near the borders of the Baltic nation.

The Russian Defense Ministry has repeatedly declared that all flights of the Russian aircraft are performed in accordance with international rules regulating flights over neutral waters and do not violate national borders of any state.