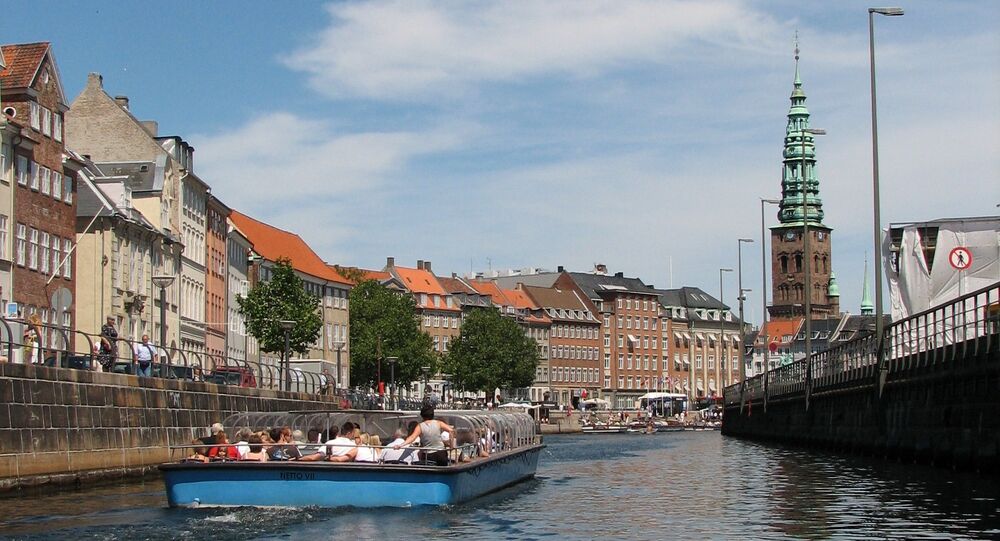 With EU-skepticism on the rise across Europe, even formerly loyal EU members have started to express doubt. Correspondingly, fewer Danes would like to remain part of the European Union, whereas the number of would-be deserters has risen, recent polls show.

© Photo : Pixabay
Europe Is Kaput? Brexit, Immigration, Right-Wingers Fuel Euroskepticism
Some 42 percent of Danes would like to hold a referendum on whether Denmark should continue to be a member of the European Union or not, a survey conducted by the pollster Epinion for Danish Radio revealed.

This figure has risen by 5 percent since February, when 37 percent of Danes advocated a national vote on continued EU membership. Consequently, the number of EU cohorts declined from 56 percent last November to 44 percent today, while the 'no' side gained momentum, rising from 31 to 42 percent.

The negative reaction is likely to have been spurred by the forthcoming referendum in the United Kingdom, scheduled for June 23. Following the British example, many Danes became enthusiastic about doing the same in Denmark, Kristian Thulesen Dahl, the leader of the right-wing populist and EU-skeptical Danish People's Party said.

"I think this is very encouraging, as it clearly illustrates how many Danes are tired of the way the European Union works," Dahl said.

© Wikipedia / Janter~commonswiki
Benefit of Doubt? Brits Unsure if Norway is Good Enough for Brexit
Remarkably, the survey even resonated with some supporters of the EU project. The Liberal Party's political spokesman Jakob Ellemann-Jensen admitted that he appreciates the Danes' widespread EU-skepticism.

"Myself, I am a European at heart, but the only thing we hear about the EU at the moment is that we are unable to target the common challenges. Naturally, this gives rise to doubt," he said.

Despite the fact that a majority of Danes would still prefer to keep their EU membership, many politicians, including Peter Hummelgaard, spokesperson of the Social Democratic Party, found the poll results "disturbing."

© Sputnik / V. Kiselev
Under No Illusion: Norway, Denmark See Brutal Afghan Truth
"It would be an extremely bad idea if Denmark left the EU," he said. "Opting out of the EU runs contrary to Denmark's best interests. Our main export markets are in the EU, our economy is dependent on the EU and if we are to combat all the challenges — be it the refugee crisis, climate crisis, inequality crisis or tax havens — we'd better do it together."

Denmark applied to join the predecessor of the EU, the European Economic Community, in 1961, only a day after the UK applied. But as the British membership was subsequently vetoed by the then French president Charles de Gaulle, Denmark did not wish to join the EEC without the UK.

Eventually, Denmark, Ireland and the UK joined the EEC in 1973 after much negotiation and a change of power in France.

© REUTERS / Alkis Konstantinidis
Sympathy Card: EU Gov'ts Do More Harm Than Good, Call Migrants Refugees
Denmark, like the UK, opted out of the euro, but unlike Britain, the country lies within the Schengen visa-free area and, as a result, has faced many of the immigration issues faced by its Nordic peers and neighboring Germany. Within the past year, Copenhagen has re-introduced passport controls along the German border.

At present, two of Denmark's political parties, the Danish People's Party and the Red-Green Alliance maintain a Eurosceptic stance. Over the years, a number of anti-EU organizations have been established in Denmark, such as People's Movement against the EU.