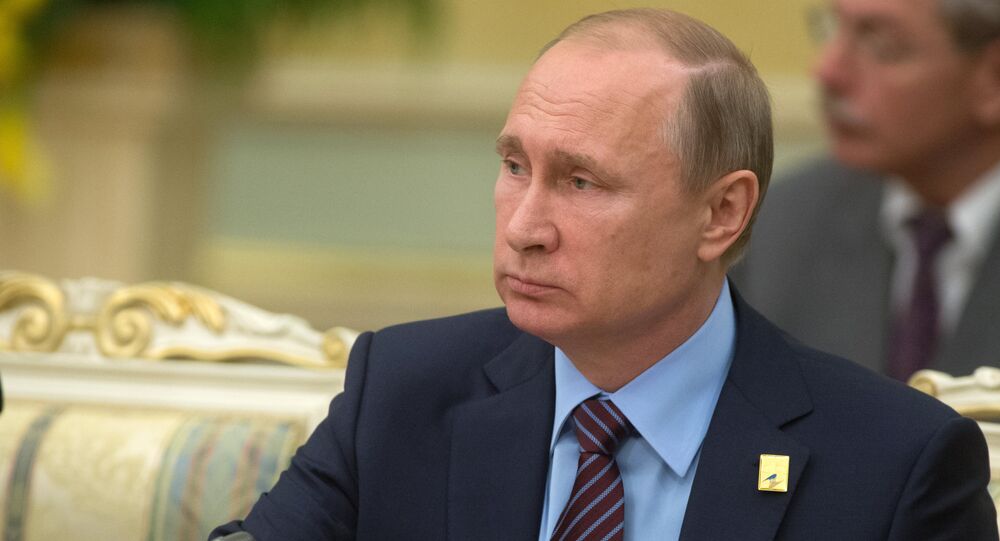 MINSK (Sputnik) — The EEU is an economic integration bloc on the post-Soviet space succeeding the Customs Union of Russia, Belarus and Kazakhstan in January 2015. Later in 2015, Armenia and Kyrgyzstan joined the EEU. The bloc coordinates policies of its member states in key industries.

"In a collaborative effort, Russia and Belarus work to deepen integration processes in Eurasia. As members of the Union State, we are carrying out about 40 programmes and are jointly developing advanced technology programmes, primarily, for the aerospace industry, satellite navigation, geological exploration, and agriculture," Putin said as he spoke at the Third Forum of Russian and Belarusian Regions.

"We are forming the Eurasian Economic Union’s common market for goods, services, capital, and labour, thereby facilitating sustainable economic growth of the member countries and enhancing the competitiveness of our producers on domestic and foreign markets," Putin said.