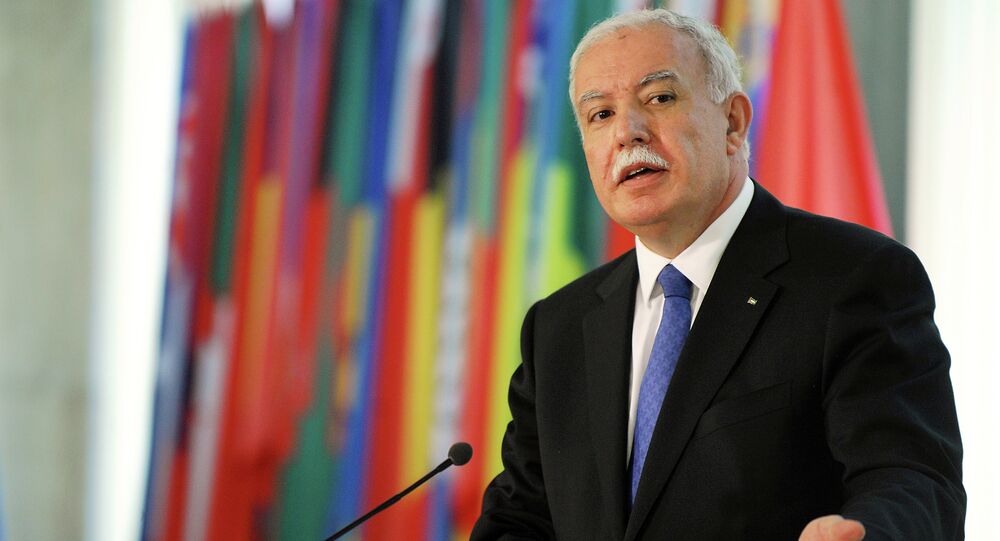 The Palestinian authorities will hold talks with the French special envoy for the Middle East peace and representatives of Arab states who attended the Israeli-Palestinian talks in Paris, to understand what happened at the conference and how to continue working on resolving the issue, Palestinian Foreign Minister Riyad Maliki told Sputnik.

MOSCOW (Sputnik) – Last week, Paris hosted an international conference of 28 delegations aimed at the resumption of the stalled Israeli-Palestinian negotiations. The conference's participants assessed the situation that involved possible risks for a two-state solution to the Israeli-Palestinian conflict. Representatives of neither Israel nor Paris were present at the event.

"We will also receive very soon French special envoy Pierre Vimont and he also will inform us about the discussions and will elaborate on what are the prospects of France on how to continue, plus we will be speaking to all Arabs who attended the meeting to comprehend all the details," Maliki said on Wednesday.

© Flickr / Ariet
'We Didn't Expect Magic Results': Palestinian FM Told Sputnik of Hopes and Letdowns of MidEast Peace Talks
Palestinians seek diplomatic recognition for their independent state on the territories of the West Bank, including East Jerusalem, which is partially occupied by Israel, and the Gaza Strip. Israel has been building settlements on the occupied territories despite objection from the United Nations.

Next Palestinian-Israeli Peace Conference to Take Place in September - FM