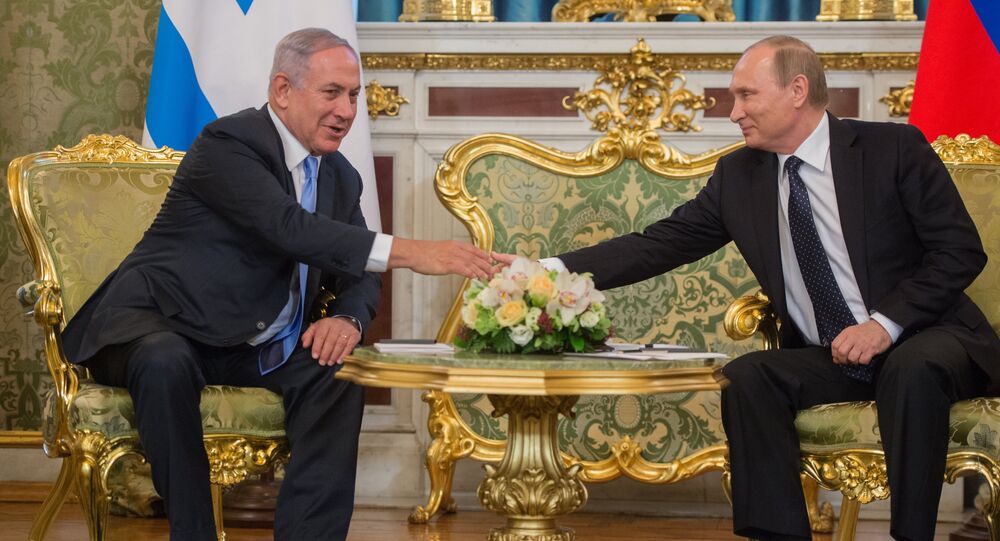 Russian President Vladimir Putin said on Tuesday, he expected the cooperation between Russia and Israel to develop thanks to new initiatives.

"I just want to express hope that this jubilee year, the bilateral cooperation will be enriched with new initiatives. The main thing is we have a disposition to carry out consistent rhythmic work on the realization of all our plans," Putin said in an address devoted to the 25th anniversary of the Russian-Israeli rapprochement.

The president stressed that the bilateral talks with Netanyahu were very friendly and substantial, and that the two countries were proud of the level of partnership they achieved.

On Monday, Netanyahu arrived in Moscow for a three-day official visit dedicated to the 25th anniversary of the reestablishment of diplomatic relations between Israel and Russia. This is the third Israeli prime minister's visit to the country since September 2015.