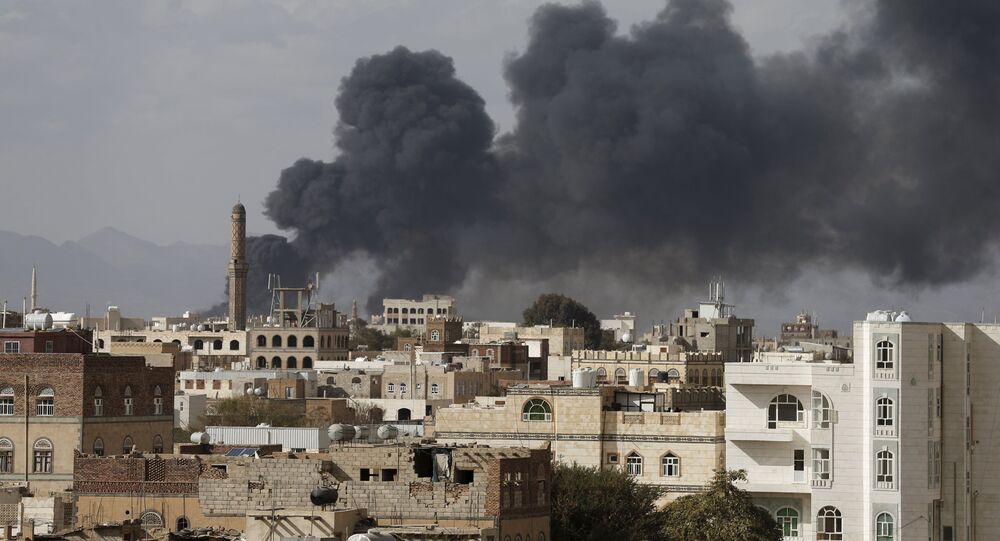 English-language mainstream media and particularly the press in Germany largely refrain from covering "inconvenient facts" relating to Yemen, turning the disastrous war that Saudi Arabia is waging in the poorest Arab country in the world into a "forgotten" conflict, Dietrich Klose wrote for Germany's weekly newspaper Der Freitag.

© AP Photo / Jim MacMillan, File
Where Will America Invade Next? Pentagon Plans to Deploy Troops ‘Anywhere’
Mainstream coverage, according to Klose, is mostly "palliative," lacking background facts that can shed light on what caused the humanitarian crisis in Yemen. Moreover, reports often reflect Riyadh's point of view on the conflict, with phrases like "Iran-backed Houthi rebels" serving as a prime example.

The Internal Displacement Monitoring Center echoed this sentiment in its recent report, calling the Yemeni war "an overlooked crisis with no end in sight."

"The international media and political discourse have widely overlooked the human narrative and widespread suffering in Yemen, and there has been little political resolve to stop the violence and improve humanitarian access," Global Report on Internal Displacement said.

Professor of International Human Rights Law Dan Kovalik shares these concerns. In an opinion piece for the Huffington Post, he took NPR's coverage of the Yemeni conflict to prove the point. In its recent report, National Public Radio did not mention that Saudi Arabia "is most responsible for the suffering and massive refugee crisis in Yemen," he noted.

"Even less will one hear of the fact that it is the US government (or, the US regime if you will) that is playing a key role in arming and giving logistical and diplomatic support to Saudi Arabia in its slaughter, displacement and starving of Yemini civilians," the human rights lawyer observed.

Kovalik's use of the word "regime" was not incidental. Mainstream media often uses the term to describe governments or leaders that Washington wants to be viewed as lacking legitimacy.

This is not to say that no alternative point of view, as well as extensive analysis or overview of the conflict is offered. Human rights organizations, for instance, keep their eye on the conflict, not shying away from naming who's to blame in a particular case.

© AP Photo / Brennan Linsley
Obama Defends Violent Foreign Policy That Bred Terror, Made World Less Safe
In May, Human Rights Watch and Amnesty International released reports documenting Riyadh's use of US-made cluster bombs. This type of conventional weapons is designed to disperse dozens of smaller explosives over a large area, essentially creating a minefield in a land where mines are removed at an extremely slow pace.

The problem is that reports like these do not receive enough coverage, critics say.

Media scholar Kai Hafez of the University of Erfurt described international reporting on the Middle East as "often too selective" and "crisis-oriented." Only those events that look surprising to the Western eye receive "limited media attention."