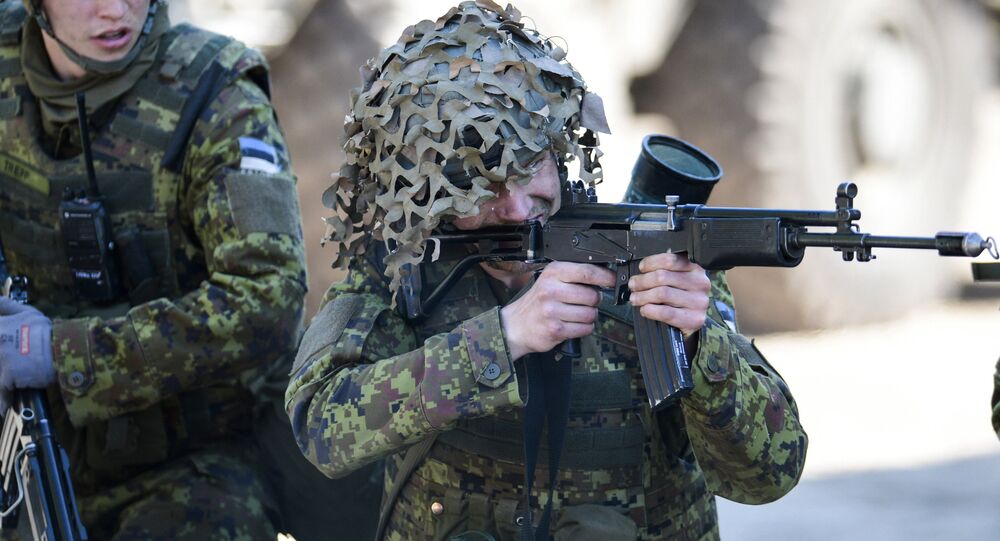 MOSCOW (Sputnik) — According to Grushko, instead of trying to convince Kiev to follow the Minsk agreements, "NATO continues to assist [Kiev] in five trust funds."

"But we are no less concerned about the bilateral programs that are implemented by individual NATO countries. In particular, they continue to train Ukrainian special forces and the Ukrainian armed forces. And we see that these trained units are moving closer to the safety zone, the zone of conflict, and that is very dangerous in the military sense because it is fueling the escalation and Kiev's revanchist mood," Grushko said on the TV channel Rossiya 24.

Earlier today, President of Ukraine Petro Poroshenko has approved a strategic bulletin to reform the country's defense sector in compliance with NATO principles until the end of 2020.

© AFP 2021 / AAS, ERLEND
NATO Chief Refrains From Advising Cameron on Brexit Vote Due to Personal Experience
Ukraine suspended its non-aligned status in December 2014 and confirmed its intention to join NATO in 2020. The alliance's officials have repeatedly stressed that Kiev will have to implement a wide range of reforms before joining the military bloc.

In March, Ukraine and NATO agreed on a set of reforms that the Ukrainian Armed Forces must undergo to comply with the alliance's standards, following a roadmap on defense-technical cooperation signed in December 2015.