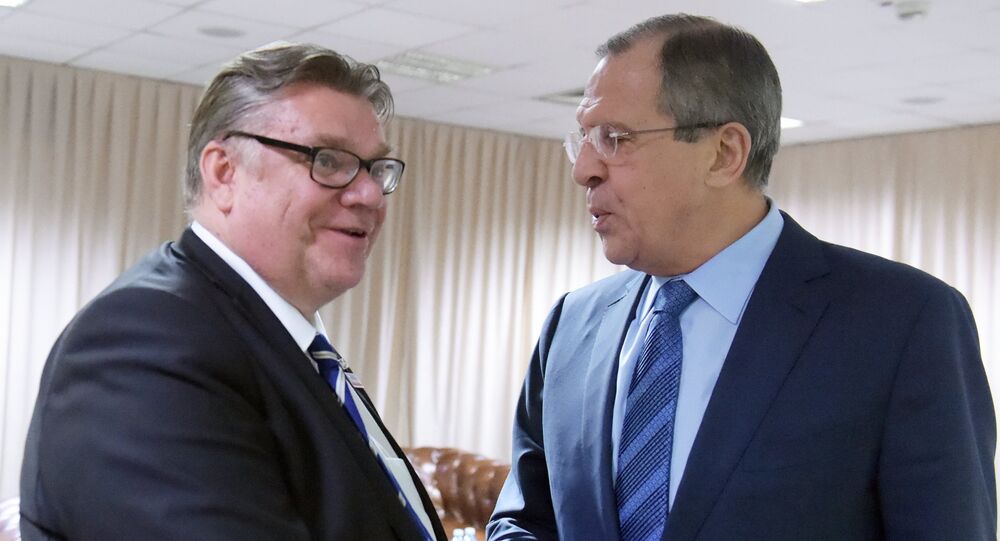 MOSCOW (Sputnik) — Finnish Foreign Minister Timo Soini hailed good ties with Russia on Monday, stressing the importance of a dialogue between the two countries on a number of international issues.

"We are neighboring states with good and practical ties," Soini said at the meeting with Russian Foreign Minister Sergei Lavrov.

"It is good ghat we can discuss bilateral and international issues today," he added.

© Flickr / John Carkeet
Finland Remains One of Most Popular Destinations for Russian Tourists
Soini also hailed the previous meeting of the ministers in Belgrade.

Soini is in Moscow on the invitation of Lavrov and it is his first visit to Russia since he took office in May 2015.

In an interview with Sputnik, published on Saturday, Russian Foreign Ministry spokeswoman Maria Zakharova stressed that Russia and Finland managed to retain constructive relations despite the negative political backdrop of the Russia-EU ties.