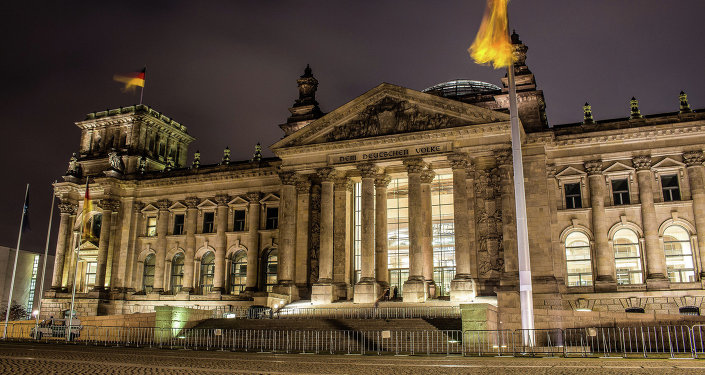 © Flickr / Groman123
Bad Influence: The Real Reason Germany Named Russia as Its 'Rival'
MOSCOW (Sputnik) — On Sunday, it was reported that Germany's new White Paper on security policy will include Russia in the list of 10 major threats for the country.

The 80-paper document, which is in the final stage of preparation, will include Moscow in the list of factors posing threat to Berlin, among international terrorism, hacker attacks, migration crisis and climate change.

"If the information about the new version of the [German] White Paper is correct, this causes both concern and regret. It causes regret because — if this is true — it shows a clear lack of understanding of the essence of Russia's stance, which is well known, which is consistent and not aimed at confrontation, but rather at creating an atmosphere of interaction and mutually beneficial cooperation on the European continent," Peskov told reporters.

© AFP 2019 / JOHN MACDOUGALL
Same Old Story: Germany's New White Paper Names Russia Among 10 Top Threats
Relations between Russia and the European Union, including Germany, as its member state, deteriorated amid the 2014 crisis in Ukraine. Brussels, Washington and their allies have introduced several rounds of anti-Russian sanctions since the reunification of Crimea with Russia in 2014, accusing Moscow of meddling in the Ukrainian conflict.

Russia has denied the allegations and introduced a one-year food embargo in August 2014 on products originating in states that imposed sanctions against it. The ban has since been extended a few times