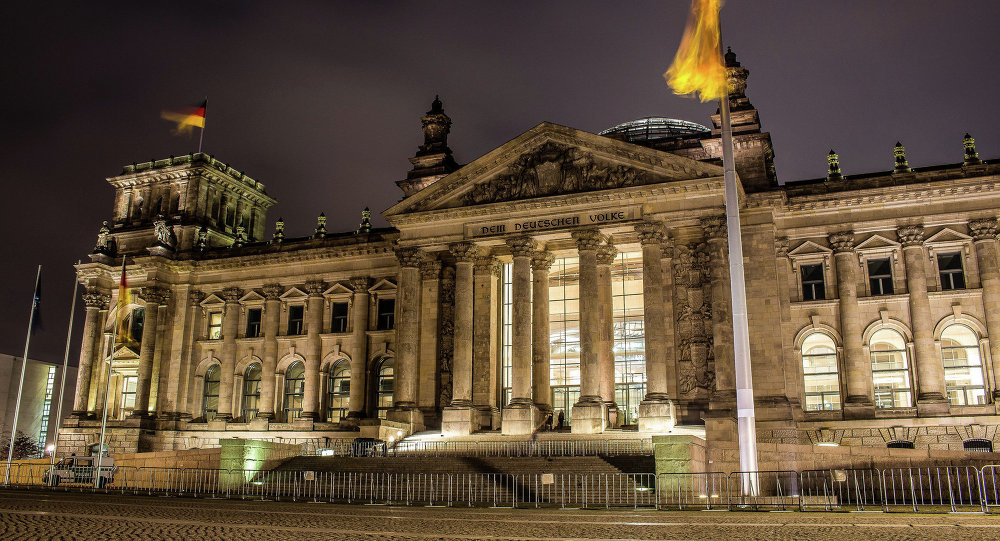 The Obama administration has compelled German leadership to name Russia as one of the key threats to Berlin in a major defense policy document that is expected to be unveiled soon, experts told RIA Novosti, pointing to Moscow's independent foreign policy as the key reason.

After all, Washington adopted a similar document last year.

"The 2015 National Security Strategy is imbued with militaristic spirit. The document names Russia as a key threat. Washington is pressing its allies to adopt this approach. European nations have been adding similar clauses to their military doctrines," General Leonid Ivashov, vice president of the Academy of Geopolitical Problems asserted.

The analyst urged Moscow to apply a multifaceted approach to dealing with this challenge. Russia, he said, should use its military deterrence capabilities solely against the United States, because Washington is the source of "aggression." When it comes to Europe, Russia should try to revive economic ties with its European partners and use diplomacy as the primary means to improve relations.

© AP Photo / Virginia Mayo
Berlin's Decision to Name Moscow 'Rival' is 'Implementation of NATO's Eastern Policy'
"Subconsciously, the Europeans are fully opposed to Washington's belligerence," he said, adding that Russia should be patient. Moscow "should appeal to their conscience, remind them of the joint efforts in the fight against fascism, and engage more actively with European societies."

Duma Foreign Affairs Committee Alexei Pushkov also highlighted Washington's role in Germany naming its long-term partner, Russia, as an opponent. This U-turn, he added, does not seem to reflect the attitude of ordinary people.

"The German government decided to name Russia as Germany's 'rival,' pointing to the fact that Merkel brought the country under the control of the Obama administration, but the move does not reflect the real state of affairs," he tweeted.

​Defense analyst Konstantin Sivkov, the president of the Academy of Geopolitical Problems, believes that Russia's independent foreign policy is the key reason why Berlin decided to view Moscow as an adversary.

"A similar document released in 2006 named Russia as a partner, but it was hypocrisy. They called us partners at a time when we were ready to abandon our interests and give them our resources, as well as scientific and technological achievements," he noted.

© AFP 2019 / STR
USS Porter Enters Black Sea to Prepare for Combat - Expert
In Sivkov's opinion, Russia's only viable strategy at this point should focus on strengthening its geopolitical power. This will force Germany and other Western countries treat Moscow as an equal.

On Saturday, Die Welt reported that the German government was finalizing a white paper on a security policy that lists top ten threats to Berlin. Apart from Russia, these include international terrorism, hacker attacks, migration crisis and climate change.

The German decision, the newspaper explained, was sparked by Crimea's reunification with Russia, Moscow's alleged meddling in the Ukrainian internal affairs, as well as the country's military buildup among other things. Russia has always said that these allegations are unfounded.