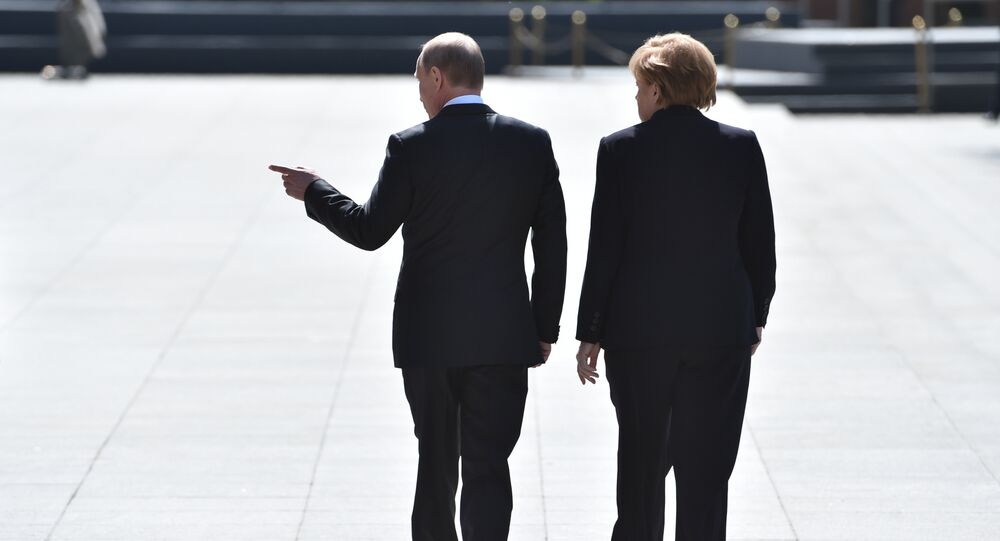 Whether Washington likes it or not, a rebellion against anti-Russian sanctions is brewing in the not-so-unified European bloc.

© REUTERS / Yves Herman
Belgium 'Pleading for Dialogue' With Russia on Sanctions
While German Chancellor Angela Merkel and European Council President Donald Tusk are calling for maintaining a strict sanctions policy against Russia until all the provisions of the Minsk agreement have been fulfilled, dissent is growing behind the curtain.

Speaking at the Russian business forum in Rostock last Wednesday, German Minister for Economic Affairs and Energy Sigmar Gabriel stated that the Merkel government's stance that sanctions should not be lifted before the Minsk accords are fully implemented "wouldn't be a very wise position."

"We all know from our experience that permanent isolation brings nothing. After all, only dialogue can help," Gabriel told the forum.

The Wall Street Journal has called attention to the fact that the minister suggested that "the limited progress in implementing the February 2015 Minsk peace plan for Ukraine could be rewarded with the lifting of some sanctions."

"We believe it is still right and necessary to keep up the pressure but at the same time to apply sanctions against Russia in an intelligent way. Sanctions aren't an end in themselves. In the light of substantial progress, a gradual relaxation of the sanction tools must be possible," a spokesman for Foreign Minister Frank-Walter Steinmeier said as quoted by the media outlet.

© Sputnik / Sergei Guneev
How Greece Can 'Play the Russian Card' to Achieve its Own Goals
Moreover, Spiegel Online reported Monday that the Merkel government has allegedly developed a plan for "a step-by-step easing of the sanctions against Russia," adding that the process could begin as early as this year.

In accordance with "the plan," some sanctions could be lifted in return for the Kremlin's cooperation in holding local elections in the Donbass region this summer.

The media outlet clarified that Berlin is unlikely to lift financial sector restrictions or abolish the sanctions imposed in response to Crimea's re-unification with Russia; instead, the German government could reconsider travel restrictions imposed on select Russian individuals, including members of the Russian parliament.

"Another approach under examination is that of simply reducing the interval for extending the sanctions from six months to three months," the media outlet revealed, stressing that the German Chancellery supports the new approach.

Why have German policymakers changed their mind?

The truth of the matter is that the EU's sanctions policy is bursting at the seams, as more and more member states express their vocal dissatisfaction with the strict penalty regime.

"Members of some governments… have very clearly indicated that they are not interested in extending the sanctions in their current stringent form. Austrian Vice Chancellor Reinhold Mitterlehner is among the skeptics as is French Economics Minister Emmanuel Macron. So too are officials from Italy, Spain, Greece and Portugal," Spiegel Online emphasized.

© Sputnik / Aleksey Druzhinin
'Religious Diplomacy': This May Be Actual Goal of Vladimir Putin’s Visit to Greece
Budapest, Rome and Paris are bothered by the fact that their countries are suffering serious economic losses because of the EU's sanctions policy and Moscow's counter-sanctions. Tensions are also simmering in the Netherlands, which voted against the EU's association agreement with Ukraine during an April referendum.

What's more, Greece has recently signaled to the EU bloc that it is inclined to regard Russia as a valuable ally.

In his interview with Atlantico, French political expert Guillaume Lagane underscored that there are many countries in Europe which are willing to boost their cooperation with Russia due to historic, economic, or geopolitical reasons.

In light of this, Berlin is now at pains to preserve the EU consensus.

"The highest priority is that of preserving the EU consensus. If we have to pay a price for that, we should be prepared to do so. The worst outcome would be the disintegration of European unity and the EU losing its role," Gernot Erler of the SPD (Social Democratic Party of Germany) said, as quoted by Spiegel Online.

It should be noted, however, that Merkel said Wednesday that "at the current moment there are no reasons for a discussion on the lifting or easing of sanctions," according to German government spokeswoman Christiane Wirt.

Needless to say, Washington is unlikely to hail Berlin's recent political developments. However, whether the Obama administration likes it or not, Russia and Europe have many more shared interests on the continent than it cares to amit.