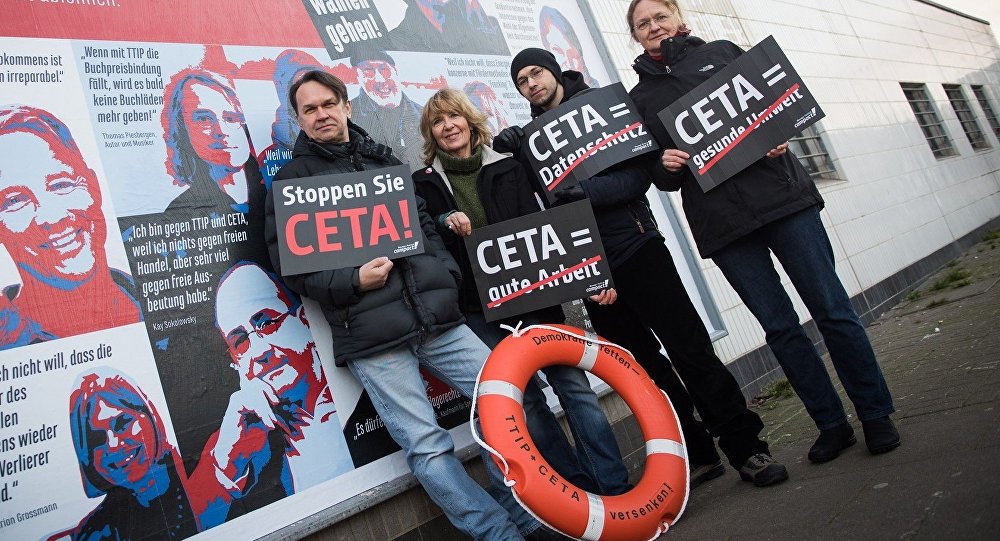 Canada is going to promote international trade with the EU under the Comprehensive Economic and Trade Agreement (CETA), Global Affairs Canada said in a press release on Wednesday.

© CC0
CETA: Canada as a Trojan Horse of US Corporations in Europe
WASHINGTON (Sputnik) — Canadian Minister of International Trade Chrystia Freeland is visiting Belgium and France to promote international trade between Canada and the European Union under the Comprehensive Economic and Trade Agreement (CETA), Global Affairs Canada said in a press release on Wednesday.

"To highlight the benefits of CETA and attend the Organisation for Economic Co-operation and Development’s (OECD’s) annual ministerial meeting, the Honourable Chrystia Freeland, Minister of International Trade, is in Brussels, Belgium, and Paris, France, today and tomorrow, June 2, 2016," the release stated.

In Paris, Freeland will also chair a ministerial session of OECD and hold bilateral meetings with French Minister of State for Foreign Trade Matthias Fekl and their counterpart from the Netherlands, Lilianne Ploumen.

In 2013, the European Union and Canada reached the CETA agreement, which stipulates free trade between Ottawa and the EU bloc. The deal was signed in 2016 and should come into force in 2017, according to the release.

EU Seeking Conclusion of CETA Deal With Canada in October 2016