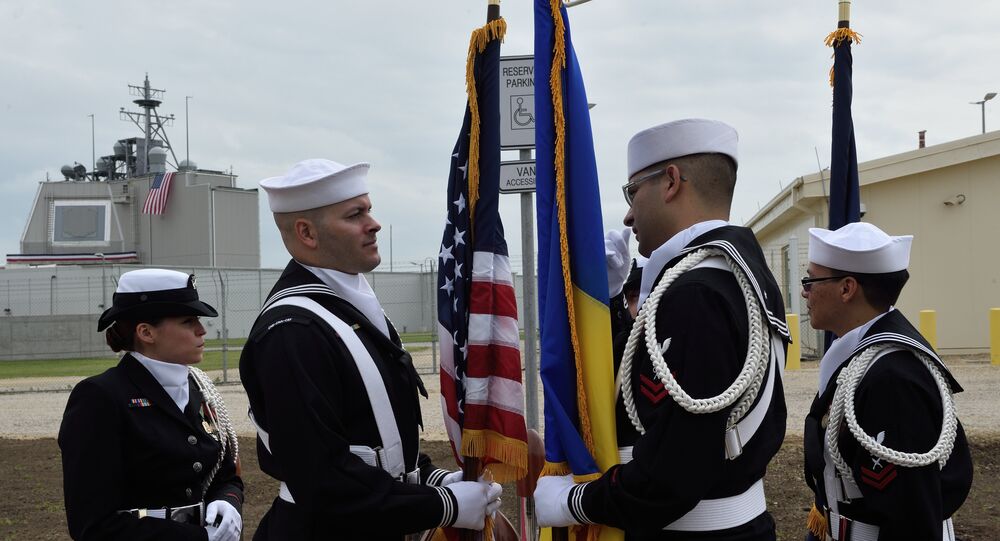 © AFP 2021 / DANIEL MIHAILESCU
Shield or Sword? What is Known About New US Missile Defense Site in Romania
CHISINAU (Sputnik) — Earlier this month, the US Aegis Ashore missile defense system was officially inaugurated at a military base in Romania, allegedly to protect the Eastern European country from a threat coming from the Middle East. Putin said that the move is another step toward undermining regional security and Russia will have to take retaliatory measures.

"The latest Russian statements concerning the anti-missile system are wrong in their essence, the system has nothing to do with Russia. They cannot intimidate us. Unfounded threats yet again confirm that our approach toward strengthening NATO security, considering Russia's position in the Black Sea, is the right one," Iohannis said as quoted by the Mediafax outlet.

Since 2014, NATO has been building up its military presence in Europe, particularly in Eastern European countries bordering Russia, using Moscow's alleged interference in Ukraine as a pretext for the move.

Russia has repeatedly warned that NATO's military build-up in Europe is provocative and can result in regional and global destabilization.

Pivot to Balkans: This is Where US Could Build NATO's Next Aegis Base