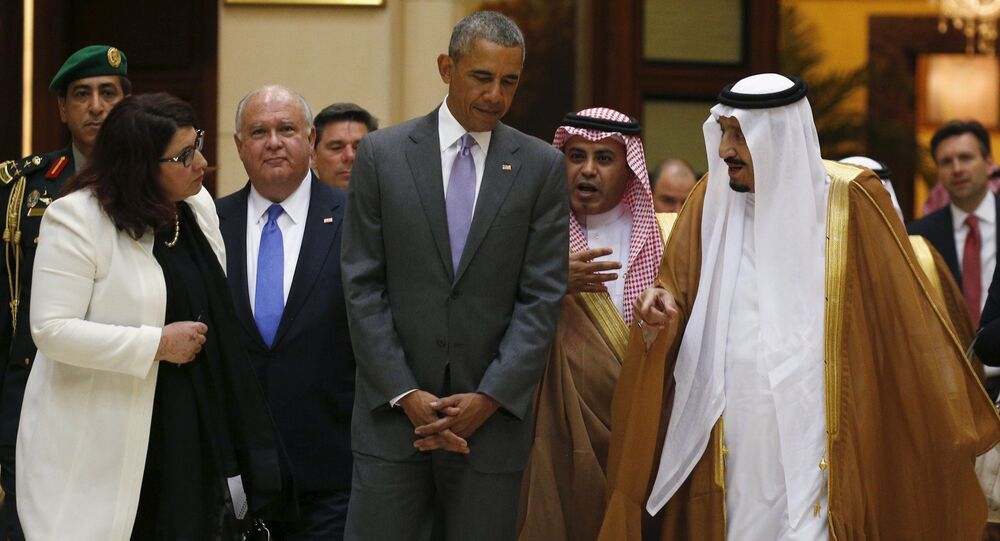 Washington has apparently decided to stop selling cluster munitions to Saudi Arabia as Riyadh's is waging its devastating military campaign in Yemen with US-made weapons, however the long overdue measure will come too late, if it is implemented at all, Daniel Larison wrote for the American Conservative.

"There have been credible reports of the Saudi use of cluster bombs in civilian areas for more than a year, so the administration's action is inexcusably tardy," he observed.

The latest attack involving cluster munitions in Yemen took place less than five months ago. The Saudi military unleashed CBU-105 sensor fused weapons on a cement factory in the Amran governorate on February 15, Human Rights Watch reported. The Saudis have used cluster bombs in six assaults in total since launching an offensive on the poorest Arab country in the world in March 2015.

​Saudi Arabia purchased as many as 1,300 CBU-105s from the US in August 2013. The weapons were supposed to be delivered by December 2015, but the shipments could take longer. It remains unclear whether Washington's decision covers the existing agreement or is only meant to prevent future deals from taking place.

© AFP 2020 / Saul LOEB
Hopeless: Washington 'Frustrated with Saudi-Led Operation in Yemen', But Can’t Do Much About it
"The fact that it has taken the administration more than a year of indiscriminate coalition attacks on civilian areas to take even this first step shows how thoroughly the US has been enabling the Saudi-led war on Yemen," Larison observed. "For the most part, the US is still enabling that war."

Cluster bombs are air-dropped our ground-launched explosive weapons that disperse over a large area and leave smaller bombs behind. If their remnants do not explode on impact, they turn into landmines. Cluster munitions have been banned by a treaty that more than 110 countries singed in 2008, but Saudi Arabia and the US are not among them.

If Washington's decision to stop selling cluster munitions to the oil kingdom is an isolated step, it will change nothing.

"We shouldn't let this small bit of good news make us forget that the US still provides weapons, fuel, and intelligence to assist the Saudis and their allies in wrecking Yemen, and Washington backs the coalition blockade that is starving Yemen to death," the analyst noted.

Amnesty International warned earlier this month that the Saudi-led coalition has essentially turned civilian areas in Yemen into minefields.

Locals "cannot live in safety until contaminated areas in and around their homes and fields are identified and cleared of deadly cluster bomb submunitions and other unexploded ordnance," Senior Crisis Advisor at Amnesty International Lama Fakih asserted.

US, Saudis Back Syrian Rebels to Support 'Arms Industry in the West'