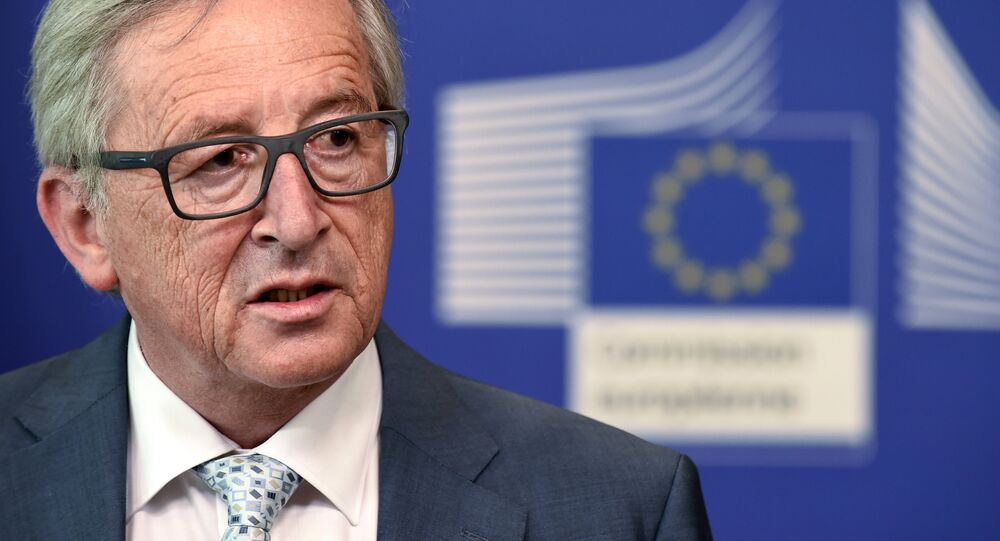 “Yes, Mr. Juncker’s arrival is expected and we’re preparing for this. Overall the issue of relations between Russia and the European Union is extremely important for the Russian Federation. [Relations] aren’t currently at their best,” Peskov told journalists.

“Regardless of the common decision being made in Brussels, we see that many European countries on the bilateral level are still demonstrating their interest in improving relations and expanding cooperation with Russia in order to compensate for what was lost over the last two years,” Peskov said.

Peskov said Juncker’s visit should not be perceived by Moscow as overly optimistic, though it is a start.

© Sputnik / Alexei Danichev
The 5 Most Important Geopolitical Highlights of SPIEF-2015
Russia’s relations with the European Union will be discussed during a special session at the St. Petersburg Economic Forum (SPIEF) organized by the Valdai discussion club.

The SPIEF is an international economic and business event, which attracts politicians, entrepreneurs, scientists and media from all over the world to discuss the most significant issues for Russia and the global community. The next SPIEF forum is scheduled for June 16-18.