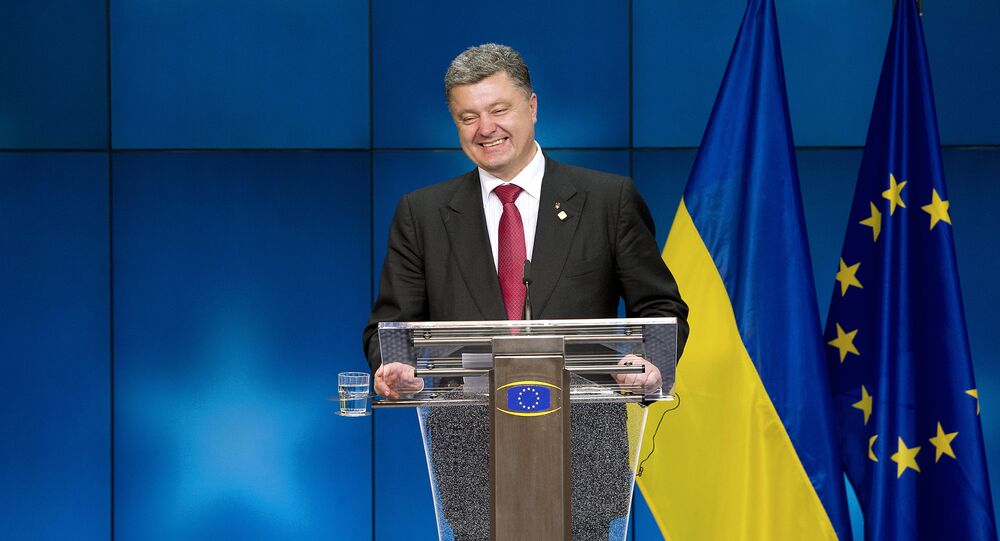 Ukrainian President Petro Poroshenko’s appointment of NATO’s former secretary general as his adviser will do nothing to boost security and will distract Kiev from more constructive policies, retired US Army Colonel Douglas Macgregor told Sputnik.

WASHINGTON (Sputnik) — Earlier in the day, Poroshenko announced he had appointed former NATO Secretary General Anders Fogh Rasmussen as his non-staff advisor, according to a decree posted on the presidential website.

"It is hard to see how this helps Ukraine at this point," Macgregor, a leading US combat tactician and military historian said on Friday.

However, Macgregor said that the ploy of trying to associate Ukraine more closely with NATO by bringing in the Alliance’s former head as a personal adviser would add nothing tangible to the security of Ukraine.

Poroshenko recently had to fire his first Prime Minister Arseniy Yatsenyuk, and is increasingly unpopular due to his failed economic and security policies as well as a general deterioration in law and order.

Macgregor argued that instead of trying to woo past NATO leaders and associate himself more closely with the West, Poroshenko would have done better to model his security policy on Austria and Finland during the Cold War, when both nations remained neutral between NATO and the Warsaw Pact.

Poroshenko "would have been smarter to hire a former Finnish Defense Minister" as his personal adviser, Macgregor remarked.

© REUTERS / Gleb Garanich
Poroshenko Approves Sanctions Against Russian Media Leaders
Policymakers in Kiev in the current government should have studied the post-World War II history of Austria as a successful example of how to enjoy peace, security and prosperity with full political freedom by steering clear of any close security ties with Washington and Moscow at the same time, he added.

"The Austrian State Treaty is a good model for Ukrainian independence from Moscow; hence, the value of listening to the Finnish advisor, not the former NATO official."

Macgregor also pointed out that Russia did not want to fight any full-scale war in Ukraine.

"There is a reluctance of many Russians to commit their sons to a war against fellow Slavs."

However, Macgregor cautioned that Moscow would become increasingly concerned about the Kiev regime’s efforts to identify fully with NATO.

"Bringing NATO into the mix is counterproductive."