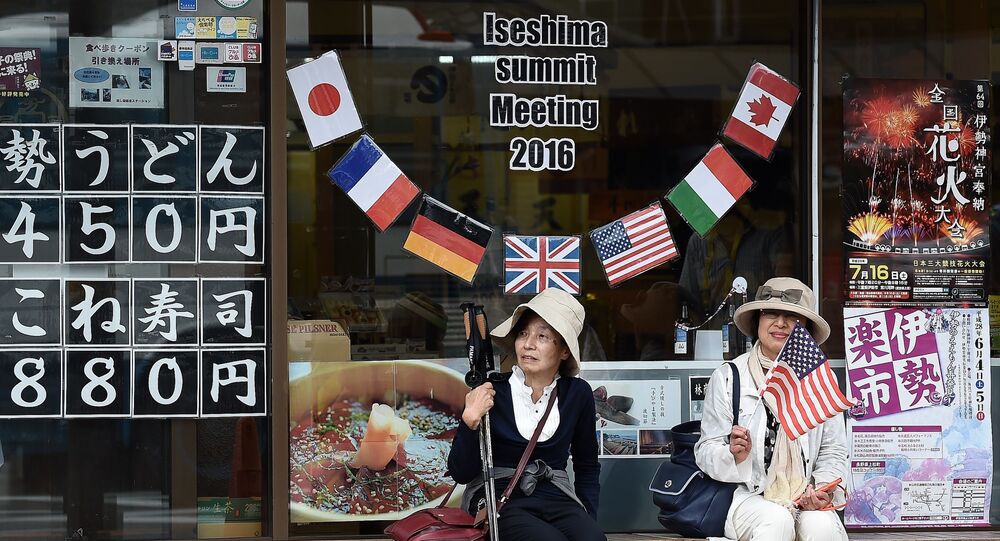 Ahead of the G7 Summit which has kicked off on Thursday in the Japanese holiday resort of Ise-Shima, German diplomat and chairman of the Munich Security Conference Wolfgang Ischinger admitted that the exclusion of Russia from the G8 club was a mistake as the remaining G7 countries are unable to solve the world's current crises on their own.

The exclusion of Russia from the G8 club was a grave mistake, chairman of the Munich Security Conference, German diplomat Wolfgang Ischinger, who, among others, served as German Ambassador to the US (2001-2006), admitted ahead of the G7 Summit in Japan.

"The G7 is unable to solve the major international crises on its own," German news magazine Focus Online quotes the diplomat as telling the country’s news agency Deutsche Presse-Agentur(DPA).

"Neither Ukrainian crisis, nor the Syrian conflict can be solved without Russia," he added.

However the return of President Putin to the Group of Seven major advanced economies is “inconceivable under the present circumstances”, the top diplomat said, as it would mean, first of all, an "admission of a serious defeat" in the Ukrainian crisis.

On the other hand, Wolfgang Ischinger added, “one should never say never” and the “door for the return of Russia to the club in the long-term should remain open."

In 2014, Russia's membership to the Group of Eight was suspended over Moscow's reunification with Crimea and the military conflict in Ukraine. Back then the original G7 members said they were not coming to Russia's Black Sea resort city of Sochi for a G8 summit, which was scheduled for June 4-5, 2014. Instead, they met in Brussels without Russian President Vladimir Putin.

© Sputnik / Vladimir Astapkovich
Kremlin: Russia's Return to G8 Not on Agenda Yet
The now Group of Seven, which includes Canada, France, Germany, Italy, Japan, the United Kingdom, and the United States is currently meeting in the Japanese holiday resort of Ise-Shima for their 42d Summit.

Earlier in April, Kremlin spokesman Dmitry Peskov said that Russia is not reviewing its return to the Group.

“This matter is not on the agenda right now," Peskov then told reporters, adding that Russia was interested in the cooperation with the Group of 20 (G20) more than with G8.

"After all it is the most representative composition [of the participants] that in the best way reflects the position of the countries that affect economic and other processes in the world. In our opinion it is the most full and relevant format," Peskov then stated.