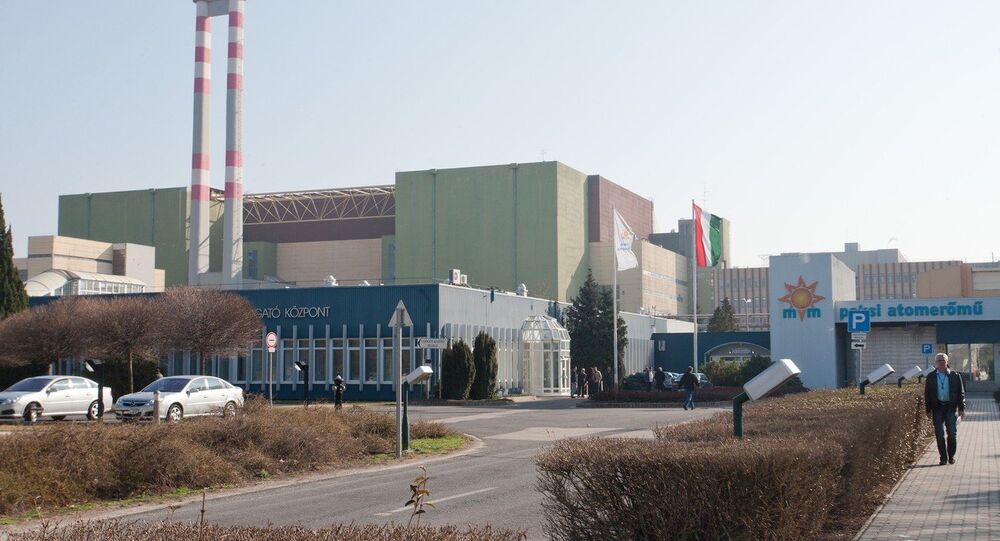 MOSCOW (Sputnik) — In late 2014, Russia and Hungary signed a deal to build units 5 and 6 at Paks with VVER-1200 reactors. Russia is expected to provide Hungary with up to 10 billion euros ($11.14 billion at current exchange rates) loan for the project.

Russia's TVEL, a subsidiary of the state nuclear corporation Rosatom, has been supplying nuclear fuel to Hungary's Paks nuclear power plant (NPP) since its first unit started operations in 1982. During the late 2000s, Russia helped restore and expand capacity of the NPP.

"Of course, we are aware of the increased attention our joint project receives from European institutions, particularly the European Commission, which has initiated a number of investigations in this regard. We see no reason to doubt at this stage that the Hungarian government, which has repeatedly stated its commitment to the project, will be able to provide the necessary clarifications to the questions raised by Brussels," Lavrov told Hungary’s Magyar Nemzet newspaper.