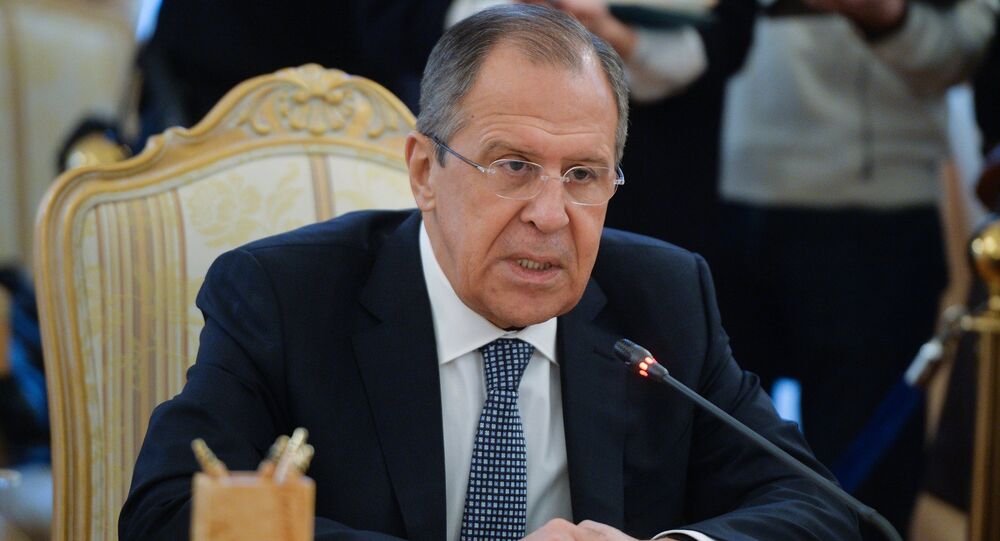 Russia has not and will not get into discussions on criteria to lift sanctions, Russian Foreign Minister Sergei Lavrov said.

MOSCOW (Sputnik) — The West has introduced several rounds of sanctions against Russian since 2014, accusing Moscow of meddling in Ukraine's internal affairs and fueling the conflict in the southeast of Ukraine, however Russia denies the allegations and has responded to the restrictive measures with a food embargo.

Russia will not give up on pursuing its national interests due to attempts to pressure it through unilateral sanctions, Russian Foreign Minister Sergei Lavrov said.

“It is clear that attempts to pressure Russia through unilateral sanctions will not force us to abandon our principled line or to sacrifice our national interests,” Lavrov told Hungary’s Magyar Nemzet newspaper.