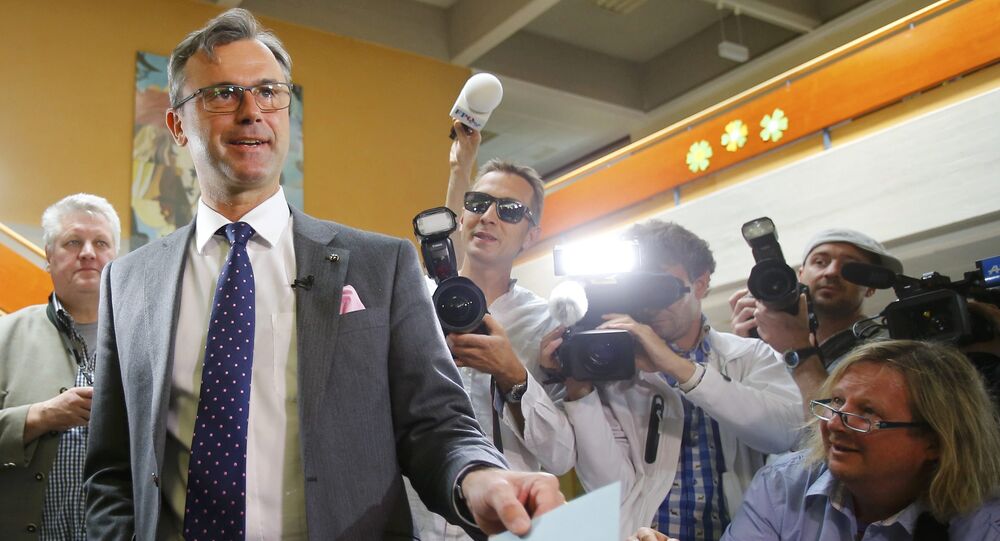 The candidate from Austria's far-wing Freedom Party (FPO), Norbert Hofer, is a projected winner in the second round of presidential elections held on Sunday in the country, while postal votes are yet to be counted, the Austrian Interior Ministry said.

VIENNA (Sputnik) — According to the current results, some 51.9 percent of Austrians voted for Hofer, while his rival Alexander Van der Bellen received 48.1 percent of support.

Prior to the first round of elections, Hofer promised to dissolve the current government if elected president, thereby triggering snap elections.

During his election campaign, Hofer has sharply criticized the EU-Turkey deal aimed at tackling the migrant flow. He has called for further limits to be put on migrant numbers and stricter rules for asylum seekers as well as for the two-party system that has dominated Austrian politics for the past several decades to be broken up.

Hofer's performance in April's first round of elections, when he finished on 35 percent beating five other contenders, was the most successful result ever achieved by a candidate from his far-wing FPO party in a national election and a real shock for his opponents.