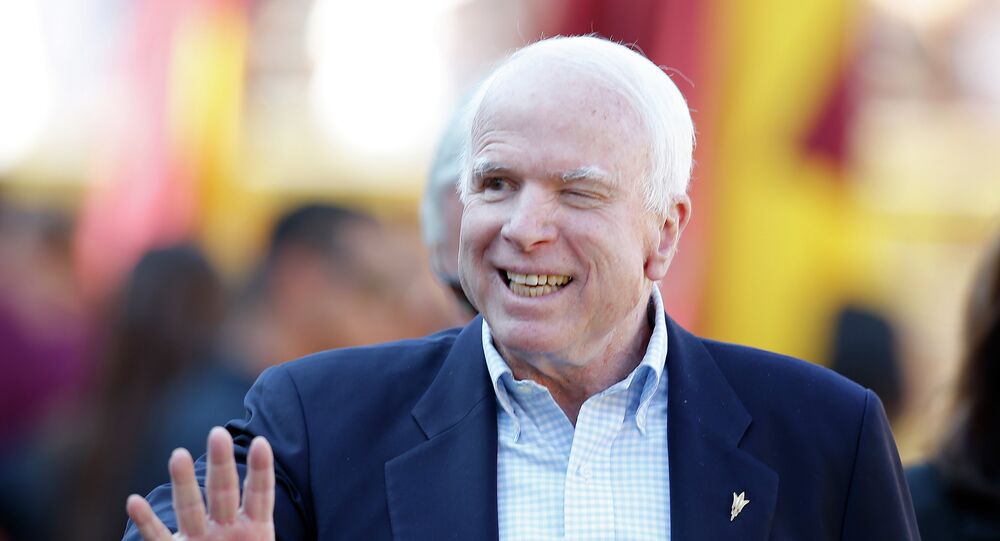 American hardliners have suggested extending US power in the world through a more robust foreign policy in a major strategy document issued by the Center for a New American Security (CNAS), but these recommendations, if followed, "would most likely cripple" American power abroad, not strengthen it, national security analyst Daniel L. Davis warned.

"The theme of the policy options and recommendations throughout this paper reflects the ambitions of an imperialist, domineering and expansive global power," he added.

Leadership is the core concept at the heart of the paper, but this, according to Davis, is not the type of leadership that the US or the world needs. Neocons, including Senator John McCain and Gen. Philip Breedlove, NATO's former supreme allied commander, understand it in terms of military power.

"For too long now, the adherents of a hawkish school of foreign policy, often referred to as neocons, have repurposed the definition of 'leadership' to mean international engagement, enabled by the stationing of combat forces or outright employing lethal military power abroad, to 'shape' or coerce foreign governments to comply with American directives," Davis explained.

© AP Photo / Christophe Ena
Kerry Threatens War-Without-End on Syria
At the same time, US hardliners have branded any advocates of lesser engagement as weak or soft and incapable of making decisive actions. This militaristic approach, according to the analyst, "ultimately undercuts American interests and violates traditional American values."
Davis offered Syria as a case in point.

The document calls on US policymakers to "employ the necessary military power" in the war-torn Arab country. What the authors of the policy paper do not seem to keep in mind is the fact that any military action in Syria that has not been authorized by the nation's legitimate authorities violates its sovereignty and constitutes an aggression.

© AP Photo / U.S. Air Force via AP
In this image provided by the U.S. Air Force, an F-16 Fighting Falcon takes off from Incirlik Air Base, Turkey, as the U.S. on Wednesday, Aug. 12, 2015, launched its first airstrikes by Turkey-based F-16 fighter jets against Islamic State targets in Syria
© CC BY-SA 2.0 / Aleksei
Not by Jets Alone: This is the Secret to Russia's Success in Syria
"Employing military power in Syria will be a direct attack on the nation of Syria, drawing us into their civil war as a belligerent. Have the authors given any thought to Assad's reaction to our attack against his country? What of the reactions of Syria's allies in Russia, Iran and Hezbollah? Are they prepared to risk a major war against Syria and its allies in order to participate in another civil war?" Davis asked.

Neocon strategists seem to have forgotten America's recent experiences in Iraq and Afghanistan. In both cases, the US sent additional forces to the countries plagued by sectarian violence only to make things worse. Kabul is struggling to tackle the Taliban a decade and a half after US invaded Afghanistan, while Baghdad is still incapable of pushing Daesh out of its second largest city and other areas.

These cases point to "a near complete unwillingness to consider that when policies similar to the authors' recommendations have been used in the past, the results have been abysmal failure," Davis observed.