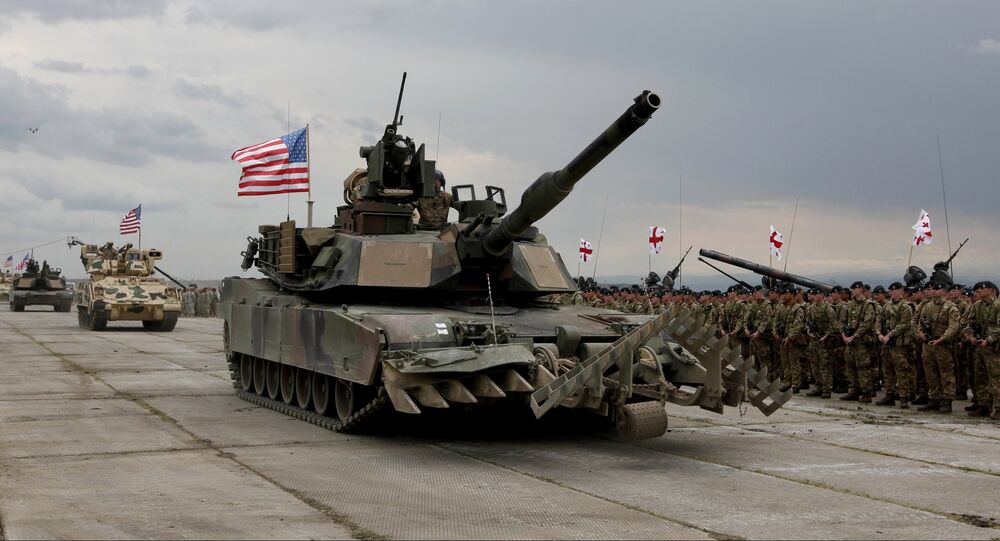 Russia has not seen such a major military buildup close to its borders since 1941 when the Third Reich sent the Wehrmacht to conquer the Soviet Union, Professor Stephen F. Cohen said in his recent interview on The John Batchelor Show, referring to NATO's increasingly assertive strategy in Eastern Europe and the Baltics.

"We have been watching for nearly a month a steady buildup of American and NATO forces along near Russia's borders – on land, on sea and in the air," he said. "There has been nothing like this on Russia's borders, such an amassing of hostile military force, since the German invasion of the Soviet Union in 1941."

© AP Photo / Mindaugas Kulbis
Forget Russia! This is the Real Threat to US and Its 'Gargantuan' Military Budget
Russia has been concerned with NATO's overall strategy and its recent moves particularly. Last week the US completed its first land-based component of the Aegis missile shield at an air base near Deveselu, Romania. A day later, the alliance held a groundbreaking ceremony in Poland. The Aegis Ashore base is scheduled to be deployed in Redzikowo by 2018.

Moscow has warned that the system could be detrimental for global peace and stability. NATO officials have tried to alleviate Russian concerns by saying that the Aegis system is purely defensive, but Cohen warned that it the complex could be used for other purposes.

© Flickr / US Army Corps of Engineers Europe District
'It's Amazing' That No NATO Member Opposes US Missile Shield in Europe
Russian officials and experts have also questioned whether it was reasonable to build a shield that is supposed to protect the West against Iran's ballistic missiles considering that Tehran does not pose any threat to its neighbors and beyond.

The Islamic Republic is not the real target. "The majority of our missile defense installations … are directed at Russia. They are not directed at Iran, that's a fairytale. The government puts it out, but nobody believes it," the analyst noted.

Professor Cohen has long warned that Washington's policies towards Russia have been the key reason for the recent cold spell in relations between the two global powers. This trend appears to be getting more dangerous.

Russia to Respond to New Configuration of NATO Forces - Envoy

'NATO Will Imitate Dialogue With Russia' Prior to Warsaw Summit