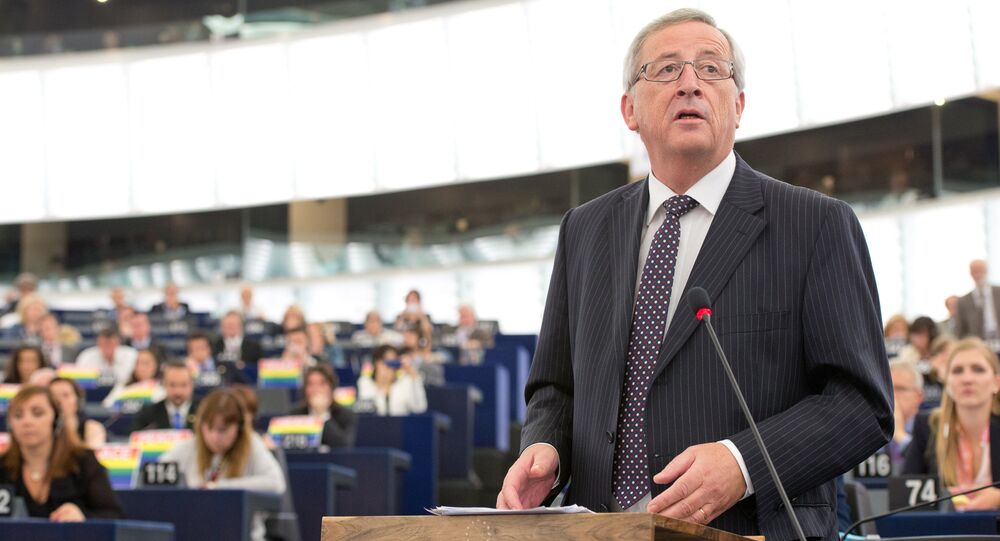 The expected visit of European Commission President Jean-Claude Juncker to St. Petersburg International Economic Forum (SPIEF) in June may contribute to the normalization of relations between Moscow and Brussels, EU Commissioner for Agriculture and Rural Development Phil Hogan told Sputnik on Friday.

EDINBURGH (Sputnik), Mark Hirst —  In March, EU Ambassador to Russia Vygaudas Usackas said that Juncker had been invited to participate in SPIEF.

"There is a conference in St. Petersburg in three weeks time between the EU President and President Putin that could unlock some future negotiations," Hogan said, speaking about possible thaw in EU relations with Russia.

He added that the European Union would like to see normalization of trade between Brussels and Moscow.

© Sputnik / Vladimir Sergeev
We Want to Lift Them: French FM Ayrault Speaks Out Against Anti-Russia Sanctions
Relations between Russia and the European Union deteriorated following the 2014 crisis and a conflict in Ukraine. Washington, Brussels and their allies have accused Moscow of meddling in the Ukrainian conflict and introduced several rounds of sanctions against it, while Kremlin has repeatedly denied the allegations.

The SPIEF is an international economics and business event, which attracts politicians, entrepreneurs, scientists and media to discuss the most significant issues for Russia and the global community. The next SPIEF forum is scheduled for June 16-18.