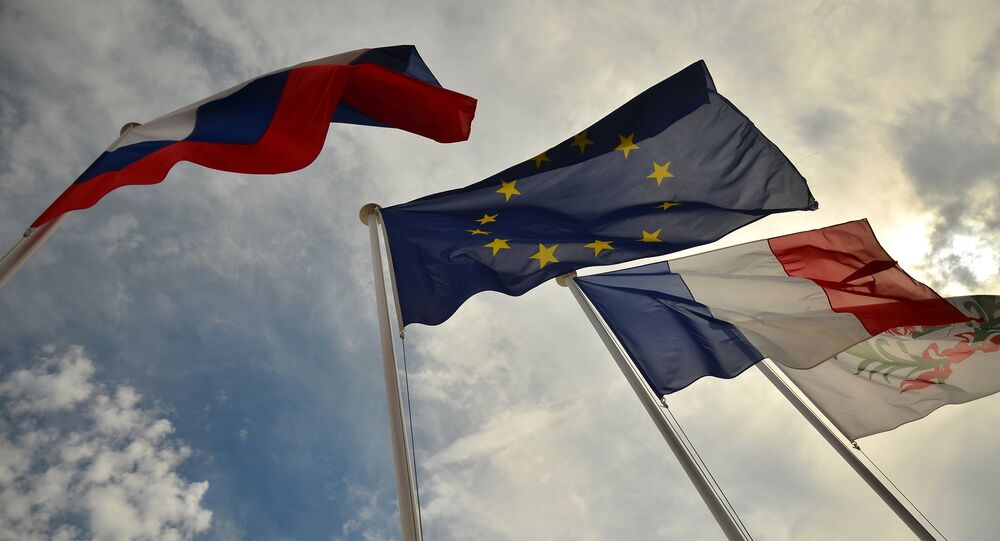 We Want to Lift Them: French FM Speaks Out Against Anti-Russia Sanctions

Jean-Marc Ayrault said the resolution of the Ukrainian crisis would be the key to lift sanctions imposed on Russia by the EU.

"The sanctions were imposed by the 28 countries of the European Union and expire before the summer. Do they need to be abolished? I made it clear to Russian President Vladimir Putin during my visit to Moscow that we want to lift the sanctions, be it gradually, but the situation has to change, in Ukraine particularly," Ayrault said in an interview with the France 2 broadcaster.

The minister added that both Russia and Ukraine needed to contribute to settling the Ukrainian crisis under the Minsk agreements for the restrictive measures to be abolished.

"[Russia] is our partner with whom we may have differences," he said.

Last month, the French lower house of parliament voted 55-44 to adopt a resolution that called on the administration of President Francois Hollande to scrap sanctions against Russia. It was opposed by the country's government and lawmakers from the parliamentary majority.

© Flickr / Damien Roué
Retired French Intelligence Boss Lambasts France's Anti-Russian Sanctions
The European Union has imposed several rounds of sanctions against Moscow after Crimea voted in a 2014 referendum to leave Ukraine for Russia and an armed conflict in southeastern Ukraine.

Moscow has repeatedly denied the allegations of involvement in the Ukrainian conflict and introduced countermeasures in August 2014, banning certain food product imports from the countries that imposed restrictions against Russia.