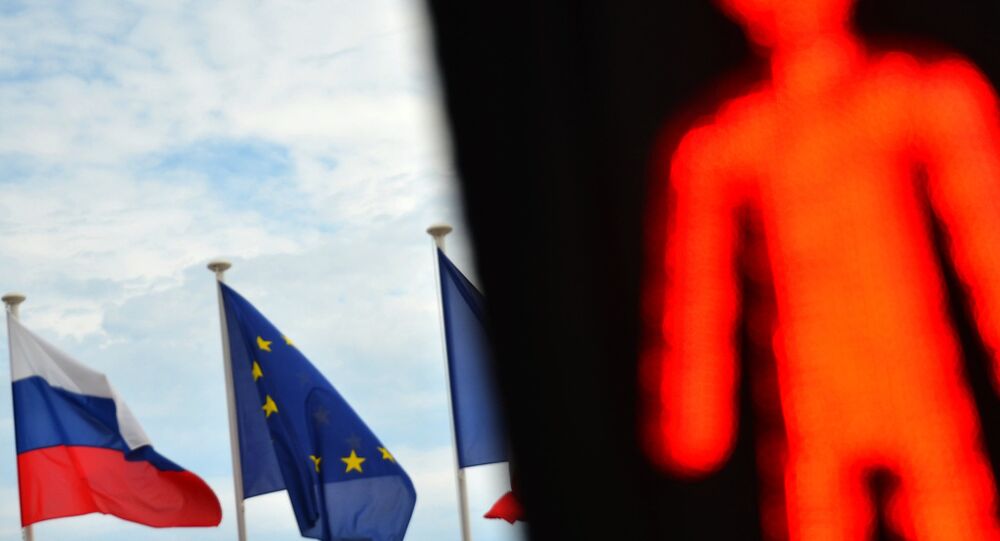 Relations With Russia One Step Below Conflict

Russia-West relations between Russia have worsen to conflict, US Deputy Secretary of Defense Bob Work said on Thursday.

© Sputnik / Alexander Vilf
‘Kill Web’: US Military Calls for More Technology to Outwit Russia, China
WASHINGTON (Sputnik) — Relations between Russia and the West have shifted further from partnership and closer to conflict, US Deputy Secretary of Defense Bob Work said on Thursday.

"My reading is that the Russians have shifted from competition, which they think is the normal state of affairs, to confrontation," Work stated at the Norwegian-American Defense Conference.

© Sputnik / Natalia Seliverstova
Sanctions Against Russia Causing Serious Losses for West
Work ranked the state of Russia’s foreign relations on a scale from "union to partnership to competition… to confrontation to conflict," describing the Cold War as an example of outright conflict.

Work, who helped inaugurate the ballistic missile defense system (BMDS) in Romania and break ground on a similar site in Poland last week, raised specific concerns about Moscow’s response to the finalization of the BMDS.

"The threats that were made against Romania and our Polish allies were just unbelievable. This is a sign of confrontation," Work said.

Russia has repeatedly opposed the missile defense systems, arguing the medium-range missiles could be redirected against Russia’s strategic deterrent.

Prior to the inauguration of the new systems, the Russian Foreign Ministry stated that Moscow reserves the right to respond with adequate military-technical measures to the NATO missile defense shield.

FBI Looking for US Connections in Doping Allegations Against Russia