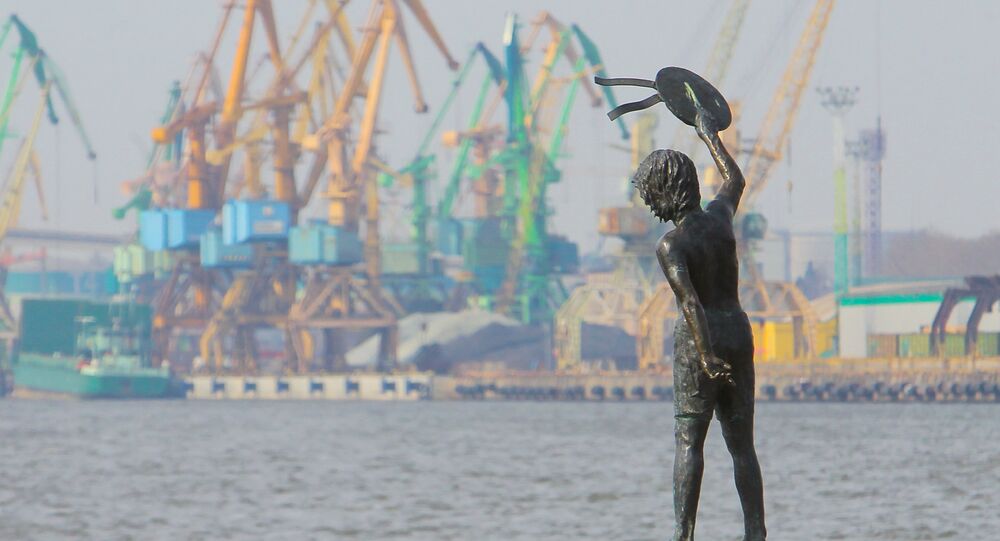 China is strengthening its economic ties with Central and Eastern European (CEE) countries as part of its ambitious New Silk Road project.

The first summit that brought together transport ministers from 16 Central and European (CEE) countries and China — the so-called 16+1 format — took place in Riga, Latvia, on May, 16-17.

"In recent years, cooperation on the integration of the transport networks and cargo deliveries has been steadily developing in the 16+1 format, with countries expressing strong political support to integration efforts between China and CEE countries, as more and more joint projects are being implemented in the area of transport and cargo deliveries," Xinhua reported Tuesday.

To accomplish this task China intends to bolster the development of advanced logistics solutions for China and CEE countries; to set new transport and communication rules regulating cargo shipping from China to Eastern Europe "in order to liberalize transport operations"; to develop the railroad network in the Balkans and "speed up reconstruction of key Black Sea, Adriatic and Baltic ports in order to boost their capacity and cooperation with port areas."

Needless to say, the China-led project creates new business opportunities for the Baltic economies which have long been suffering from recession with unemployment rates soaring step-by-step.

"Northern Europe and the Baltics are a market with a population of 26 million, so if Chinese goods were distributed in this market from warehouses in Latvia, it would be a significant contribution to the [Latvian] economy," Andris Maldups, director of the Transit Policy Department of the Latvian Transport Ministry, said on Latvian Radio on Monday, as quoted by The Baltic Course.

© REUTERS / Kim Kyung-Hoon
Afghanistan Follows the Silk Road, Backs Beijing in South China Sea
Maldups noted that a number of projects which envisage building new logistics centers and port terminals in the Baltic region are currently being negotiated by the parties concerned.

"Cargos from China are shipped by sea, which is less costly, but it takes 40-45 days for them to reach Europe. Shipping the cargos by rail takes 15 days… By using container trains and logistics centers in Latvia, the cargo would have been sold and reached the consumers in a much shorter period of time," the ministry official explained.

However, not everything is rosy in the Baltic garden: Russian information agency Regnum draws attention to the fact that the Baltic states are involved in a covert competition for the Chinese transit. Chinese investors are weighing the pros and cons of developing port terminals in Latvia, Lithuania or Estonia.

Still, "there can be only one." According to Regnum, the Lithuanian port city of Klaipeda has a good chance to win. Citing Arturas Drungilas, a Marketing and Corporate affairs Director for Klaipeda State Seaport Authority, the media outlet stresses that state-owned China Merchants Group (CMG) views Klaipeda as a New Silk Road logistics center in the Baltics.

© CC BY-SA 4.0 / 果壳军事 / Chinese hypersonic gliding vehicle
'Defensive Realism': Why China's Hypersonic Missiles Pose No Threat to US Security
But there's the rub: Lithuania, Estonia and Latvia have banned the display of Soviet and Communist symbols, equating them with Nazi signs.

The ban involves red flag, five-point stars, the Soviet Sickle and Hammer, as well as other Communist symbols including images of Communist leaders Vladimir Lenin and Joseph Stalin. Furthermore, the Baltic states are well known for their tough anti-Communist rhetoric.

At the same time, it is no secret that the ruling party of modern China is the Chinese Communist Party (CCP) which boasts more than eighty-six million members. The aforementioned symbols are widely used by the CCP while Lenin, Karl Marx and Mao Zedong are considered great historic figures.

The question then arises, whether the Baltic states' will abandon their anti-Soviet and anti-Communist rhetoric in the name of economic benefits.