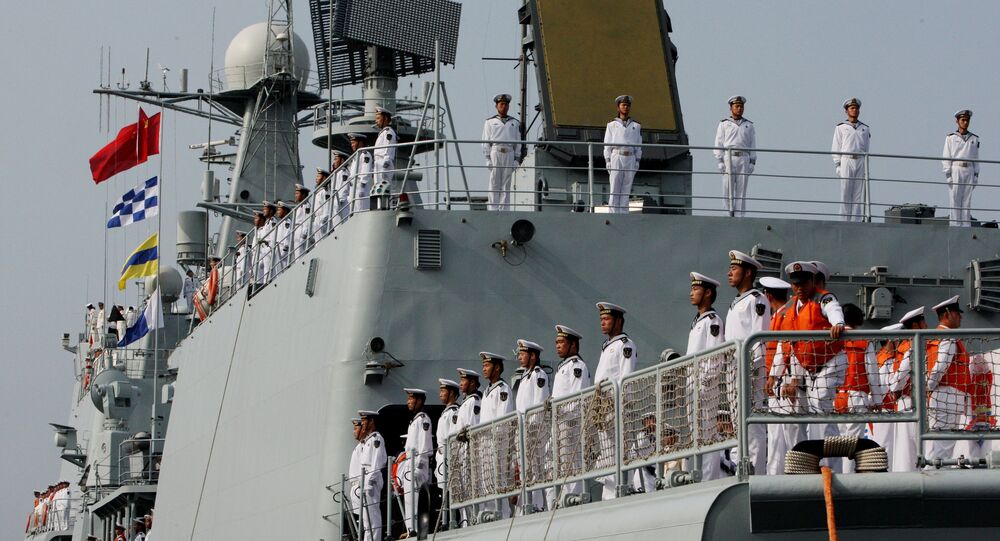 China is preparing to build a cutting-edge 'undersea Great Wall,' Professor Lyle J. Goldstein writes, describing how Beijing may deprive Washington of its naval superiority in the Asia Pacific region.

Up to now the Pentagon has been enjoying "a very considerable undersea advantage over Beijing" in the Asia Pacific region; however, all good things usually come to an end, Professor Lyle J. Goldstein warns in his article for the National Interest.

"This column has occasionally drawn attention to caveats in the assumption of U.S. undersea superiority, including China's robust mine-warfare posture, its broad front effort to improve its antisubmarine capabilities, as well as possible attempts to experiment with alternative submarine doctrines. That is not to even mention the fact that the US Navy fleet of nuclear attack submarines is now declining to a perilous low of just forty-one boats by 2029 — a 'valley' in US naval capabilities that is widely noted in Chinese military sources," Goldstein, an Associate Professor in the China Maritime Studies Institute (CMSI) at the US Naval War College in Newport, underscores.

Goldstein admits that the article "does not rely on the military rationale alone": the Chinese article explained that such a system would provide "advanced warning of natural disasters, such as typhoons, earthquakes and tsunamis."

Furthermore, the article also argued that "all the other major maritime powers are involved in similar research projects, including Canada, the United States, Japan and the European Union."

However, the US scholar calls attention to the statement saying that besides its civilian purpose, such a system will "at the same time have military goals too."

© CC BY-SA 4.0 / 果壳军事 / Chinese hypersonic gliding vehicle
'Defensive Realism': Why China's Hypersonic Missiles Pose No Threat to US Security
According to Goldstein, China began implementing the first elements of its undersea observation system as long ago as 2010.

The scholar claims that it is "emphatically stated" in the Chinese reports that the country's undersea observation system "cannot be restricted to its coastal waters, but rather may be appropriate to deploy into all ocean areas touching Chinese national interests."

Given this, Professor Goldstein jumps to the conclusion that "Beijing is not simply willing to yield to American undersea dominance."

"The recent RAND 'Scorecard' report on the evolving military balance in the western Pacific does actually attempt to model certain aspects of a hypothetical undersea-warfare battle," he emphasizes.

"A more assertive China moves to isolate Taiwan further on the world stage, inadvertently pushing Taipei toward de jure independence. When diplomatic pressure fails to dissuade Taipei from changing course, Chinese leaders decide to occupy the island by force. In the lead-up to war, Taiwan appeals for US assistance, and, given the ambiguous circumstances of conflict, Washington decides to use military force to protect the island," the report reads.

© AP Photo / Bullit Marquez
South China Sea Dispute: How Russia Could Help China Win in The Hague
However, what is left beyond the scope of the report is why exactly China might launch a sudden strike against its neighbor. Needless to say, the hypothetical scenario bears no relation to reality.

The groundless assumption is hardly surprising in the context of another RAND report that claimed that Russia poses a "threat" to the Baltic states. Much in the same vein RAND analysts suggested that Moscow may suddenly attack its Baltic neighbors. Still there is not the slightest evidence that Russia is harboring such a plan.

And still, according to Goldstein, the RAND scenario is half the story: "The undersea observation system discussed above presents yet another challenge to US undersea superiority that did not figure into the RAND estimate of losses."

Is the scholar's alarmist stance justified? According to Erika Solem and Karen Montague of the Potomac Foundation, China's military force is far from posing a real threat to the US.

Moreover, there is no evidence that Beijing seeks global hegemony: China is concerned about its national security. The cornerstone of the country's foreign policy is the so-called "defensive realism."

"China and the US and are not disputing parties to each other. Therefore, the two countries should avoid the trap of security dilemma and misunderstandings by engaging in dialogues and clarifying each other's intentions. China and the US need and should be able to work towards cooperation," Fu Ying, Chairperson of the Foreign Affairs Committee of the National People's Congress of China, and Wu Shicun, President of the National Institute of the South China Sea, wrote in their recent article for The National Interest.