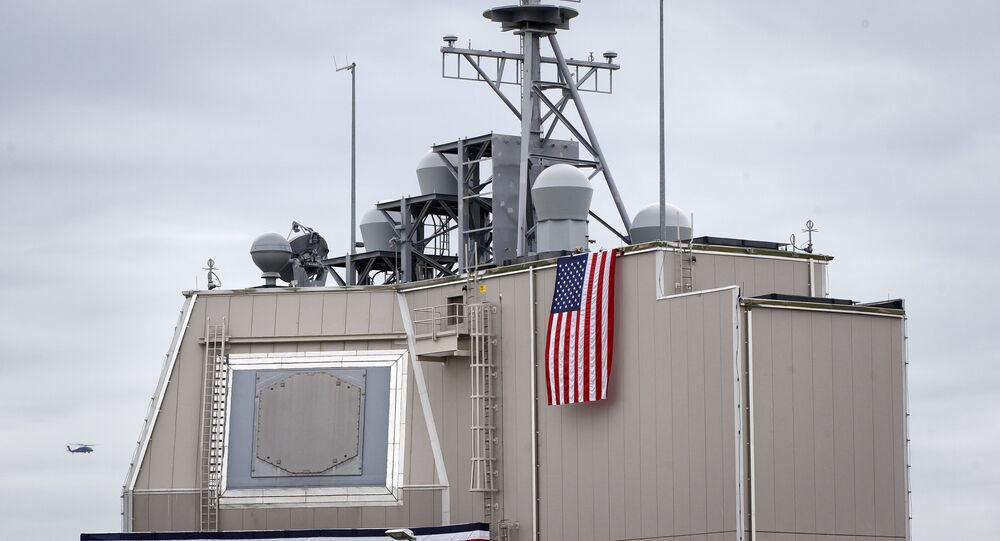 NATO has not yet made clear the strategic intentions of its new missile defense shield in Europe. However, if NATO finally admits that the new missile defense is aimed against Russia it could prevent confrontation and start dialogue between the alliance and Moscow, an article in Le Temps read.

© AFP 2020 / DANIEL MIHAILESCU
Shield or Sword? What is Known About New US Missile Defense Site in Romania
"NATO is building a missile shield in Europe. Why not just say that it is aimed against Russia?" journalist Frederic Koller suggested.

In his article for the Swiss media outlet Le Temps he underscored that building a missile defense system in Eastern Europe would result in an "escalation of tensions with Russia."

"The missile defenses NATO is now deploying to Romania and Poland under technical guidance from Washington would strengthen the confidence of ex-socialist nations whose traumatic memories have revived due to the surge of Russian nationalism," the author wrote.

"But will the alliance be able to convince Moscow that now there is a line that no one should cross? No. Instead, Moscow considers this a new provocation or an attack against its sovereignty," he added.

According to the journalist, Moscow considers the new facilities in Romania and Poland "new pawns" the US is using to "encircle" Russia.

According to him, NATO’s policy would result in a growing number of Russian military exercises, escalation in Donbass or Russia’s nuclear buildup in the Kaliningrad Region.

"The threat of occasional confrontation which was prevented recently over a Russian flyby near a US warship would only rise," the journalist wrote.

Koller suggested that the new missile defenses would lead to discord between European countries and the US because the purposes of the missile shield are not clear.

© AFP 2020 / WOJTEK RADWANSKI
US, Poland Celebrate as Construction of Base for Missile Shield Begins
"Will it protect Europe from a nuclear strike from Iran as Washington has said? Or will it intercept long range missiles from any country, like NATO has said? Or will it help deter Moscow, like Warsaw has said?" the journalist wrote.

The author stressed that NATO’s strategic intentions for the new missile shield must be made clear as soon as possible.

According to Koller, if NATO directly admits that Poland and the Baltics want to be protected from Russia this will not lead to confrontation.

"Instead, this would help take into account the interests of each side, restore dialogue and prevent a conflict that no one is interested in," he concluded.

Moscow: Deployment of US Missile Base in Romania Undermines INF Agreements

NATO Missile Defense System in Romania 'Not Directed Against Anyone' - PM