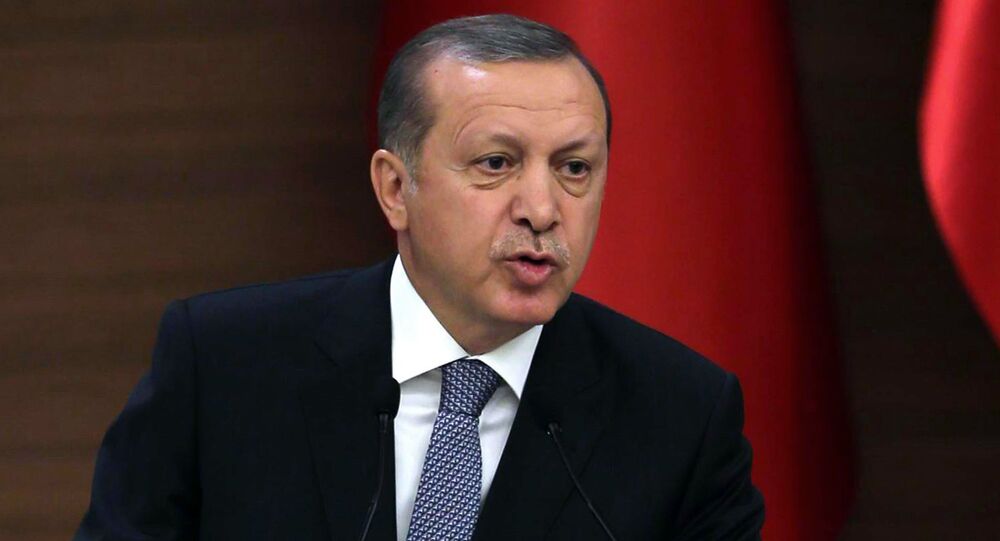 BERLIN (Sputnik) – If Turkish President Recep Tayip Erdogan cannot or does not want to meet the demands, the European Union will not introduce a visa-free regime for citizens from that country, the vice chancellor pointed out.

"As with any other country, Turkey should meet the criteria to cancel the visa regime. These visa standards are not [just] for Turkey – they are for all countries that we are holding such negotiations with. That is why Turkey should abide by them as well," Gabriel stated at a press briefing.

"I believe it makes sense for both parties to work on the conditions so that they are preserved. That is what we are working on right now. But there can be no deviations from these conditions, which also include… the existence of constitutional jurisdiction, an impartial justice system and the absence of attempts to declare opposition justices, human rights organizations or journalists terrorists," Gabriel stressed.

© REUTERS / Marko Djurica
EU States 'Will Close Borders to Refugees' if Deal With Turkey Collapses
In mid-March, the European Union and Turkey signed a deal, under which Turkey pledged to take back all undocumented migrants who arrive in the European Union through its territory. In return, the European Union pledged to accept Syrian refugees accommodated in Turkey, on a one-for-one basis, to accelerate the Turkish EU accession bid and introduce a visa-free regime between Turkey and the Schengen area.

Last week, the European Commission recommended that the European Parliament vote on visa-free regime for Turkey once the country had met all 72 of the requirements of it. Most of the requirements have already been fulfilled by Ankara, although five problematic criteria remain, including the revision of Turkey’s national anti-terrorism laws that affect freedom of the press.