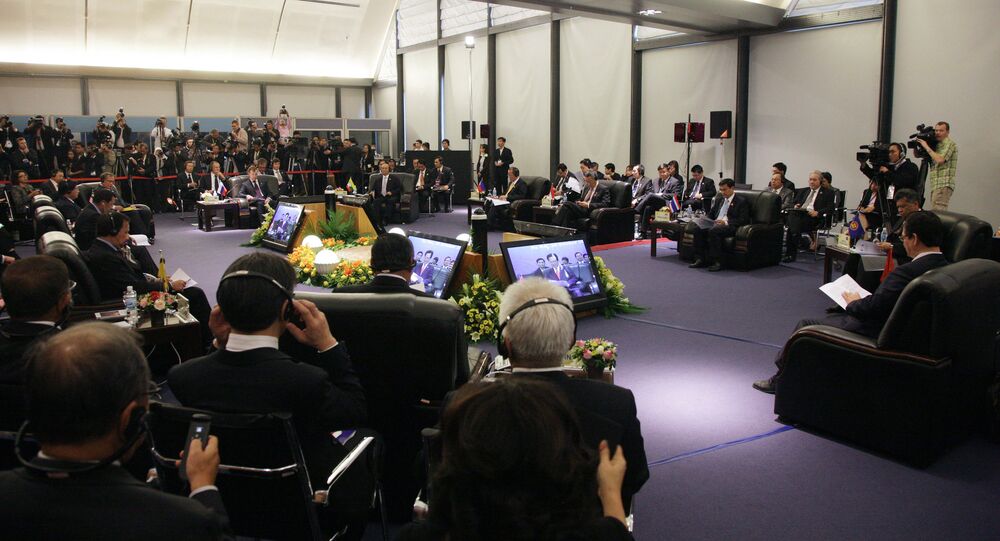 'Russia is a Global Player': Moscow Building Ties With Both Europe, Asia

Russian Deputy Foreign Minister Igor Morgulov denied claims that the country had turned away from Europe to work closer with nations of the Asia-Pacific Region, in an interview with a Russian news agency.

MOSCOW (Sputnik) — Russia is preparing to host a summit with the Association of Southeast Asian Nations (ASEAN) on May 19-20 in Sochi, timed to the 20th anniversary since the establishment of the Russia-ASEAN Dialogue Partnership.

"I would not call it a Russian ‘pivot’ toward the Asia-Pacific Region," Morgulov told TPP-Inform. "Our country is a global player situated in the Eurasian continent, and it has been forging ties with the West and with the East at the same time."

© AFP 2020 / DIBYANGSHU SARKAR
Indian Warship Arrives in Brunei for ASEAN's Maritime Drills
The deputy minister stressed that Moscow took "global growth trends" into account, "and they indicate that Asia-Pacific is the powerhouse of the global economy and politics."

ASEAN Wants to Keep Neutral in South China Sea, Cooperate with US, China