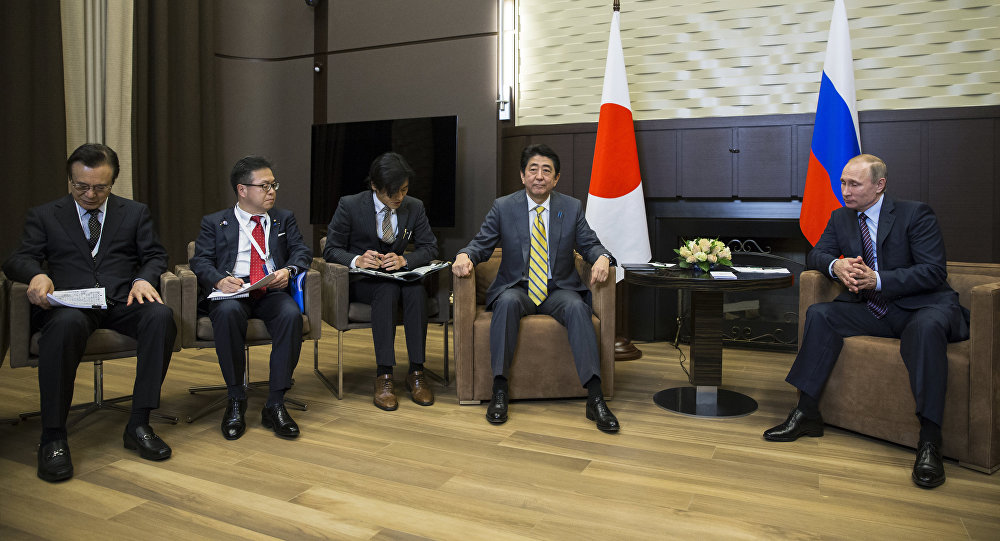 Toshihiko Ueno, a Russia expert at Sophia University in Tokyo has given Sputnik three reasons to hail the outcome of the recent visit of Japanese Prime Minister Shinzo Abe to the Black Sea resort of Sochi.

© AFP 2019 / Pavel Golovkin / POOL
Abe's Russia Visit: The Real Reason Behind Japanese PM’s Trip to Sochi
The first reason is that it provides a clear indication that the mutual relationship between Japan and Russia has returned to its pre-Ukrainian crisis level.

Toshihiko Ueno points to the agreement to hold the next round of Russian-Japanese negotiations on the peaceful treaty between the two in June as an important indicator.

In addition, he says, the two leaders discussed the cooperation of the two states in the UN Security Council and joint efforts in the fight against terrorism as well as the possible renewal of ties between the Defense and Foreign Ministries of the two countries which were halted back in 2013.

Secondly, the expert notes that President Putin and Prime Minister Abe agreed upon a new approach to the signing of a peace treaty. The Japanese Foreign Ministry, he said, made a statement that Tokyo will adhere to a “global perspective” and follow the principle of holding negotiations from a future-oriented standpoint.

© Sputnik / Konstantin Salomatin
Japanese PM's Russia Visit a Breakthrough Out of G7's Anti-Russia Vector
Ueno said that he is absolutely sure that Russia will follow the same principles and in the long run the new approach will bear fruit.

And thirdly, during the meeting in Sochi Prime Minister Abe called for the need to hold negotiations in a “quiet atmosphere,” avoiding any remarks or actions that could hurt the feeling of both countries.

The expert suggested that the core of the new approach of Japan’s diplomacy is based on avoiding making accusations against other nations based on its previous mistakes, and instead trying to find solutions acceptable to all sides and the pursuance of a future-oriented foreign policy.

And while many Russian experts are also optimistic about the results of the meeting, Chinese analysts provide different evaluations of the visit.