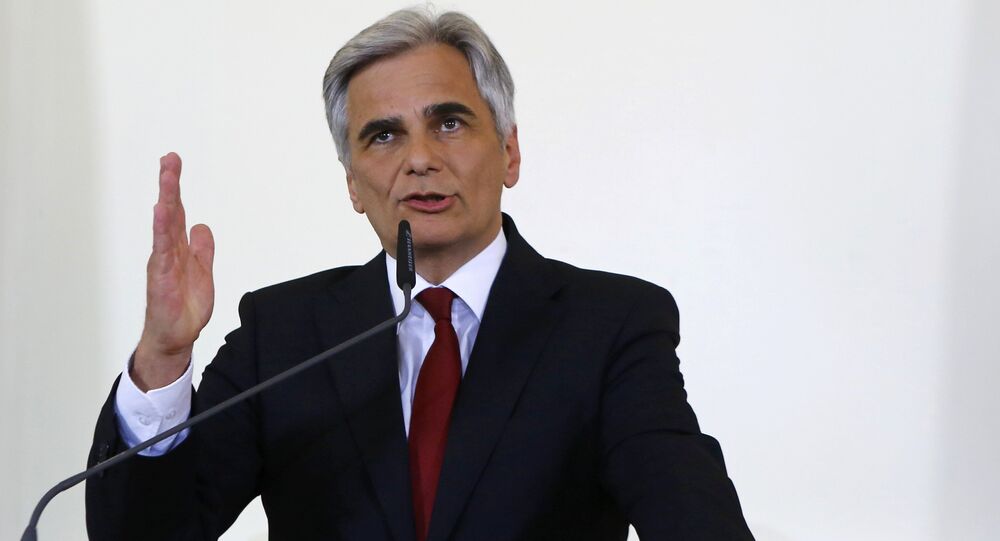 Alexander Hoferl, representing the Freedom Party of Austria (FPO) in the local parliament, said that the opposition expects the ruling party to announce its future political steps after the resignation of Austrian Chancellor and ruling Social-Democratic party (SPO) leader Werner Faymann.

Earlier on Monday, Faymann announced his resignation, explaining his decision at a press briefing in Vienna by losing support of his party following the defeat of an SPO candidate in the first round of presidential elections on April 24.

“It is not a solution of the problems that Mr. Faymann brought to Austria because they [the SPO] just change the people and don't change the way of politics,” Alexander Hoferl, representing the largest opposition party in the local parliament, said.

He added that the opposition expects the ruling party to announce its future political steps. “We have to wait what they [the Socialist Party] will say on how they will carry on with the government and whether there will be new elections or there will be not,” Hoferl pointed out.

© REUTERS / Leonhard Foeger
Austrians Shocked by Results of Presidential Elections First Round
In late April, the candidate from the right-wing FPO Norbert Hofer came on top in the first round of Austria's presidential election. Though in Austria the presidential post is mainly ceremonial one, Hofer has threatened to make use of a right to dissolve parliament before the 2018 elections.

The second round of the Austrian president’s election is due to take place on May 22.

Austrians Shocked by Results of Presidential Elections First Round