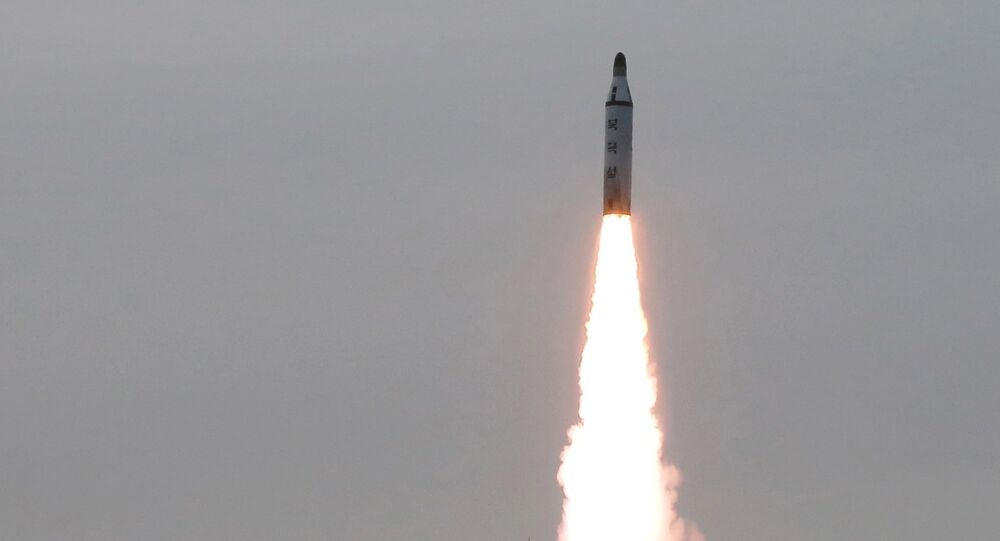 North Korean leader Kim Jong Un vowed on Sunday that "as a responsible nuclear weapons state," Pyongyang would avoid using nuclear weapons "unless its sovereignty is encroached upon." He added that North Korea would "faithfully fulfil its obligation for non-proliferation and strive for the global denuclearization."

"North Korea has to urgently implement all UN Security Council resolutions. We consider such a position unacceptable," Suga told reporters.

On Friday, Kim hailed the country's successful nuclear test and satellite launch this year that appeared to violate UN Security Council restrictions, as "boosting the country's dignity and national power."

The Workers' Party congress held for the first time in 36 years is scheduled to wrap up on Monday, May 9, the North Korean Foreign Ministry told RIA Novosti on Sunday.

7th Congress of Workers’ Party Kicks Off in North Korea