Why is Washington still hesitating to release the 28 pages of the Joint Congressional report over the 9/11 terror attacks, a small section of the 422-page document, US analyst Daniel R. DePetris wonders, pointing to the fact that Saudi Arabia has no objection to the publication of the report.

Why is Washington reluctant to release the 28 final pages of the bulky 422-page Joint Congressional report over the 9/11 terror attacks?

According to Daniel R. DePetris, an associate analyst at the Raddington Group, there are no visible obstacles in the way of publishing the redacted 28-page section of the document. Even Riyadh has recently signaled that it is not against the report being in the public domain.

And still the White House is cooking up excuses why there is no need to publicize the inquiry.

"The 28 pages have taken on a mystical aura. The fact that the documents have been scurried away behind a giant vault in the Capitol and under lock and key for the last fourteen years naturally generates speculation that the George W. Bush and Obama administrations are trying to protect an important Middle East ally from public embarrassment and global censure. Why, the reasoning goes, would the US Government keep the 28 pages classified if Saudi Arabia didn't have anything to hide?" DePetris writes in his article for the National Interest.

© Flickr / Cyril Attias
What Exactly is Washington Hiding in Classified 9/11 Commission Report?
The analyst points out that administration officials, executive officer and co-chairs of the 9/11 Commission have recently voiced yet another argument on why the document should not be released.

And the argument is that "there is nothing new in the 28 pages that the American people don't already know."

All right, why does it then still remain shrouded in secrecy?

The fact that there is nothing explosive in the document is the best argument in favor of making it public.

Remarkably, Emma Ashford and Christopher A. Preble of the US' Cato Institute pointed to the fact that the document hardly contains any new data and some of the purported revelations are already known to the public.

They argue that the deteriorating US-Saudi relations have nothing to do with the case: Ashford and Preble emphasized that the inquiry found "no evidence that the Saudi government as an institution or senior Saudi officials individually funded the organization" that carried out the deadly 9/11 attacks.

"The case for concealing the nature of the US-Saudi relationship was never very strong. Nor is the case for blacking out those twenty-eight pages. Some secrets need protecting, but this is one story that needs to be told," Preble insisted in his April article for the National Interest.

So what is behind the Obama administration's unwillingness to release the report? 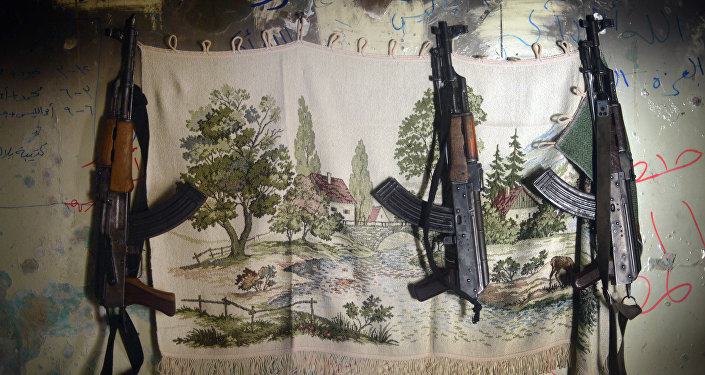 © AFP 2019 / DIMITAR DILKOFF
Evidence Points to the CIA Targeting Assad, Not Daesh in Syria
According to New York-based geopolitical analyst Ulson Gunnar, it does not really matter whether or not the famous 28 pages will be released. The case is clear: it was Saudi Arabia that created and sponsored al-Qaeda over past several decades and Washington has turned a blind eye to Riyadh's glaring misdeeds.

The analyst refers to the BBC's 2004 article "Al-Qaeda's origins and links" that narrated that al-Qaeda "grew out of the network of Arab volunteers who had gone to Afghanistan in the 1980s to fight under the banner of Islam against Soviet Communism."

"During the anti-Soviet jihad Bin Laden and his fighters received American and Saudi funding. Some analysts believe Bin Laden himself had security training from the CIA," the article read.

It is well documented that Washington and Saudi Arabia armed and trained Islamists in Afghanistan and Pakistan.

Gunnar calls attention to the fact that Saudi Arabia has supported al-Qaeda terrorists since then and has also been spotted helping al-Qaeda affiliates and allies in Syria. The analyst asks whether it is possible that the Saudis who supported al-Qaeda before and after the 9/11 terror attacks were not involved in the September 11 tragedy?

Whatever the answer will be, the US public deserves to read the famous report.

"The American people deserve to read it themselves. And more importantly, the families of those who died on 9/11 should be afforded the right to scrutinize all the reports even remotely connected to that horrible day. It is not enough for the US Government to provide them with reassurances that there is nothing new to see," DePetris emphasizes.