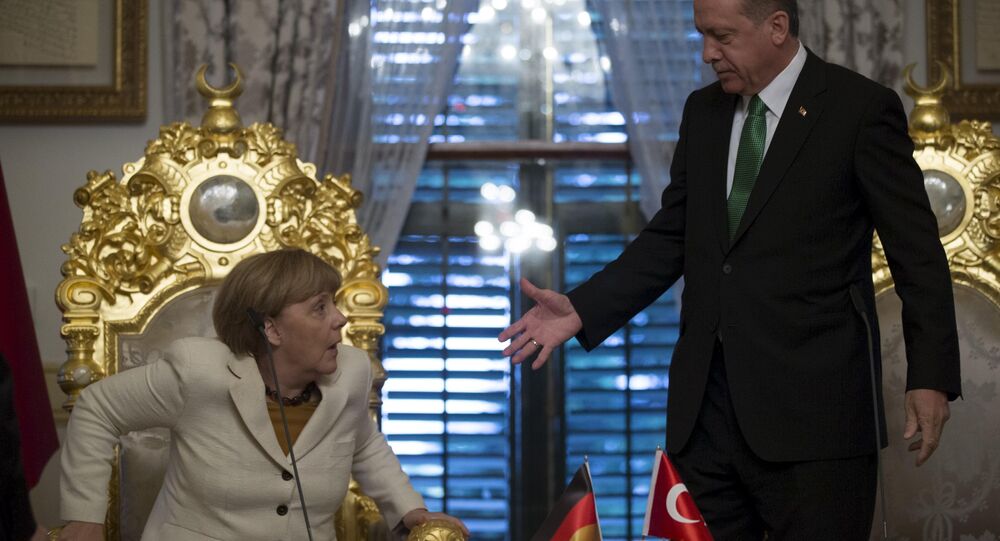 The announcement that Ahmet Davutoglu will resign from his post of the Turkish Prime Minister shows that Turkish president Recep Tayyip Erdogan is trying to centralize as much power as possible. The current perturbations in Turkey is another sign that "Erdogan needs the Western welfare, but does not need Western values," Die Welt wrote.

Erdogan wants to maintain his relevance to the European Union for economic reasons, rather than a commitment to democracy, the German newspaper wrote.

"Those who will deal with Erdogan in the future, need strong nerves and an even greater degree of generosity, given the fact that in Turkey there is no rule of law or freedom of speech, or the so called Western values," the article said.

In March 2016, Turkey and the EU reached a deal, according to which Turkey pledged to take back all migrants who had illegally arrived to EU for actual Syrian refugees on a one for one basis.

Additionally, Turkey's accession bid to the EU was accelerated and the visa-free regime was also fast tracked.

"In the policy of bargaining, Erdogan is an absolute master," Die Welt stressed.

© AP Photo / Virginia Mayo
Dark Side of EU-Turkey Deal: 'Dirty Blackmail Agreement With Erdogan'
One issue which needs to be hammered out is how predictable the Ankara government will be in the future and whether stabilization can finally take place in the country.

As such, Turkey remains an important partner for Merkel with regard to the current refugee crisis and its resolution. However, many believe that the German Chancellor is dependent on the Turkish leader and will further keep her eyes shut to the negative developments that take place in his country.