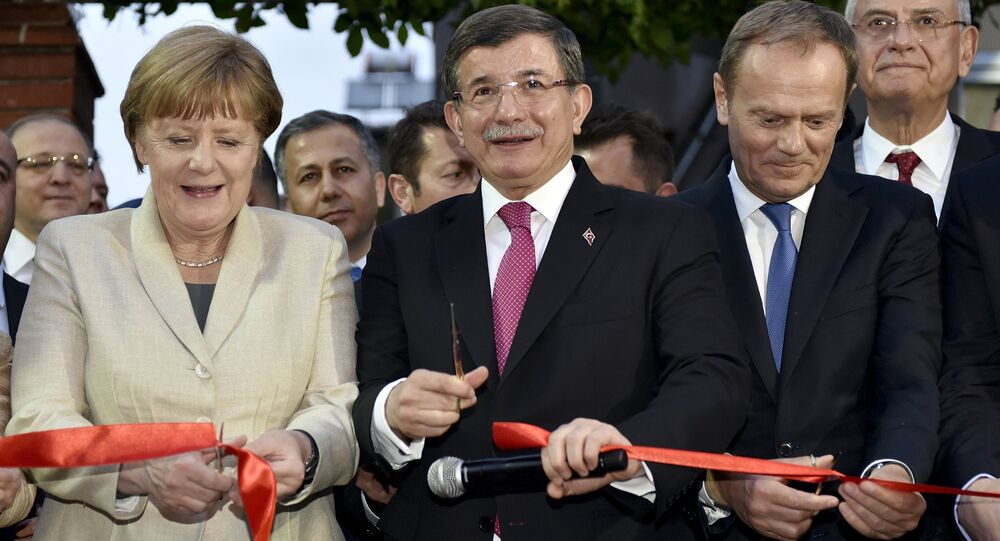 The deal on curbing the migrant flow to Europe reached by Brussels and Ankara will stay unharmed despite the resignation of Turkish Prime Minister Ahmet Davutoglu, Executive Committee Member of the Kurdistan National Congress Adem Uzun told Sputnik on Friday.

MOSCOW (Sputnik), Alexander Mosesov — Earlier in the day, German Foreign Ministry spokesman Martin Schaefer said the EU-Turkish agreement on refugee swaps must be implemented despite the forthcoming resignation of Davutoglu.

© AFP 2020 / Yasin Bulbul/Presidential Press Service
Davutoglu’s Resignation Reveals Erdogan’s Push for More Power - Kurdistan Congress Member
On Thursday, Davutoglu confirmed media reports that he would step down from the post of the ruling Justice and Development Party's (AKP) leader and consequently the post of the country's prime minister after an extraordinary meeting of party leaders scheduled on May 22.

According to the deal with the European Union reached in March, Turkey has pledged to take back all undocumented migrants arriving in EU countries through its territory. In exchange, the European Union will accept approved Syrian refugees accommodated in Turkey on a one-for-one basis, accelerate the Turkish EU accession bid and introduce a visa-free regime between Turkey and Europe.