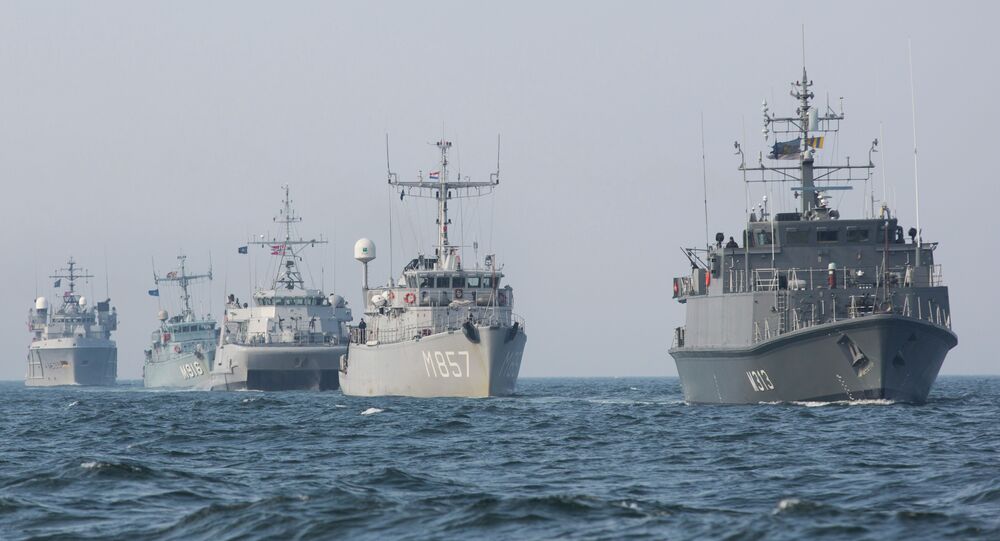 The North Atlantic Alliance is apparently contemplating deploying approximately 4,000 troops to Poland and the Baltic states in a bid to deter non-existent Russian aggression, but the move is nothing more than another "provocation" by the bloc, American author Justin Raimondo asserted.

The bloc's plan to increase its military presence close to Russia's borders is "aimed at showing Putin who's really in charge in the former Soviet Union's sphere of influence," the analyst observed. NATO officials are hoping that "the Russian leader will respond in kind," he explained, adding that Putin is "too smart" to do that.

This measure, if introduced, will come at a time when NATO is building up its forces in Europe, particularly around Russia. For instance, in 2014 the alliance created a 5,000-strong Very High Readiness Joint Task Force (VJTF) to enhance the existing NATO Response Force (NRF) manned by 40,000 people.

© Flickr / UNC - CFC - USFK
Worse Than Breedlove? NATO's New Commander Gets Off on the Wrong Foot With Russia
Unsurprisingly, Russia has been concerned with these developments.

Although, Washington's relations with Moscow have deteriorated to levels unseen since the end of the Cold War, "there really is no reason why that should be so," Raimondo noted. Both countries, he insisted, have shared strategic interests, particularly when it comes to tackling international terrorism.

Raimondo urged Washington to adopt a new foreign policy. This revised strategy should extend "the hand of friendship to Russia, [cut] off our free-riding European 'allies' who refuse to pay their fair share of NATO's costs, and [put] American interests first."

The analyst also maintains that "Turkey must be reined in, and given an ultimatum: stop supporting terrorism in Syria, lay off the Russians, and give up dreams of a 'Greater Turkey' that endanger the peace and do nothing to help ordinary Turks live a decent life."

Swedish Embassy Not Seeking Explanation of Lavrov's Statement Over NATO